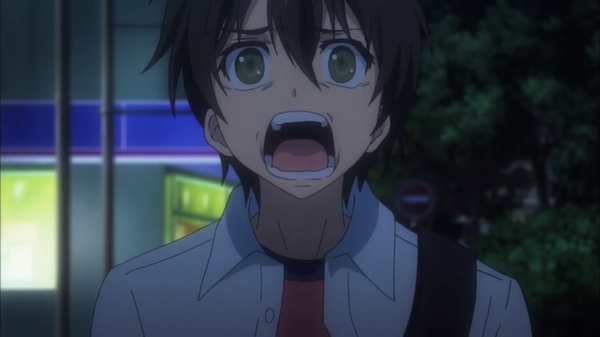 Here we are, the penultimate episode. For weeks we have been trying to figure out how Yuyuko Takemiya is planning to wrap up Golden Time and as this episode came to a close, the answer became more unclear than ever before. For the first time ever, I had my breath literally taken away by how that last line was delivered. As if he were actually dying, Banri spoke his last profound words and danced into a wall of white light, seemingly with no regrets and prepared for the inevitable. The simplicity and the bluntness caught me completely off-guard. I’ve said it once and I’ll say it again, Banri’s voice actor has a bright future ahead of him. The final line; the raw, visceral scream when he ran away, every single time an emotional scene comes along, he nails it perfectly. Especially when he so calmly stated:

“After that, I returned to my former self and lost all my memories since the accident…”

With that, after his long internal struggle, Banri was set back to square one. None of his memories of his college life remain – his friends, his happiness, Kouko… All locked away in the deepest recesses of Banri’s mind. But, where does that leave us? Will the final episode resolve everything that has gone wrong, or will it be a bitter-sweet ending? Since it will more interesting that me waffling on about how much I loved this episode, I’m going to draw on my limited experience as a fiction writer to give a few examples of how the ending could go. 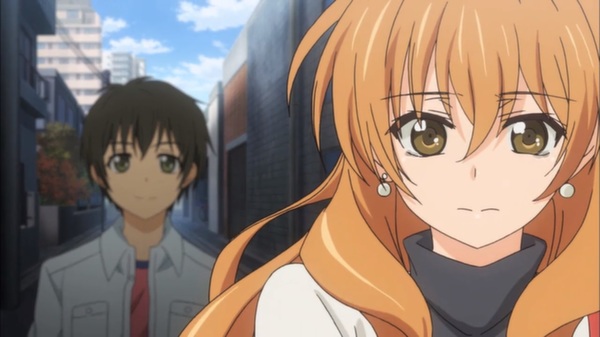 1) The unresolved, but still sweet ending – A few episodes ago, the importance of Banri’s mother’s ring was heavily emphasised as being a “guiding light” that Banri would follow back to Kouko even if he lost his memories. Now that the worst case scenario has happened, that could be the key to Banri landing back on the path towards a happy future with Kouko. I imagine the final scene being Banri waking up in hospital with none of his memories and catching a glimpse of Kouko sitting on the edge of his bed. The camera will cut to a shot of the ring on her finger and he will simply utter the name, “Kouko.” Tears will well up in Kouko’s eyes and she will smile as she forms the phrase, “Okaerinasai Banri” (Welcome home Banri). Sugary sweet, tear jerking, and enigmatic while still leaving you hopeful that everything will turn out alright.

2) The tragic, but realistic ending – Losing all of his memories and moving home could completely alienate Banri from everyone he once knew and, despite their best efforts, it could be impossible for the situation to be fixed. A simple resolution whereby they all meet once more and everyone introduces themselves to Banri again and everything starts over would be odd, but cute in its own way. Golden Time has been realistic so far and while I don’t expect this to be how it goes, it is entirely possible. 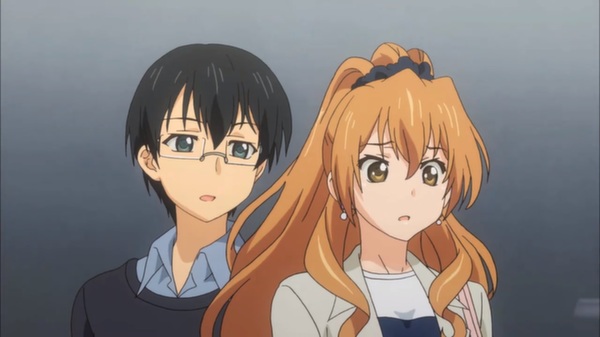 3) The Kouko-drags-him-back ending – Every time that Banri’s memory reverted back to before the accident, either hearing Kouko’s name or seeing her crying has snapped him back into reality. She obviously holds the key to unlocking his memories, but will she be able to locate the lock now that it seems so permanently detached? This seems like the most likely ending and there are so many ways that it could play out that you can’t help but be excited.

4) The Banri’s-memories-magically-returned ending – At this stage, Banri’s memories just suddenly reappearing, without some serious prompting, would feel like a huge disservice to the fans who have been so invested up until now. We want action! We want drama! We… want… ROMANCE! Don’t pull an Oreimo on us, Golden Time! I don’t want to have to pretend that you never happened!

5) Linda ending? – Banri of the past loves Linda. Linda wants the chance to relive the day of the accident again. The chance is there for the taking… I don’t think Golden Time will end with a Banri x Linda conclusion, but that temptation could make for some really interesting conflict between Kouko and Linda. It’s not what I would write, but then again, I didn’t write something as wonderful as Toradora, so what do I know? 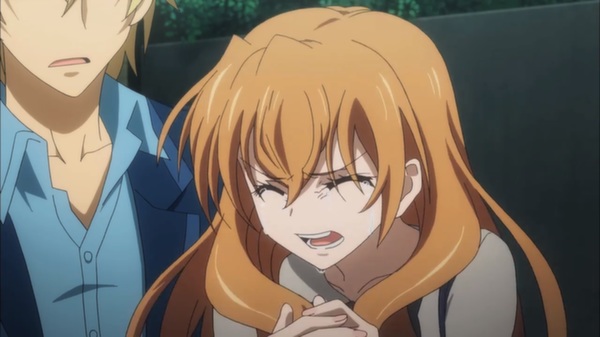 Without a doubt, there are a million different ways that Golden Time could end and each is as tantalising as the next. Kouko begged Banri to let her stay with him forever if he didn’t lose his memories. Her arrogance last episode was all a sham and it was all to shield her own heart in the event that he couldn’t prevent the tragedy. Will she really be happy though? Her actions may help her forget, but is Banri someone she can stand to lose even though he forgot her? I don’t thing Kleenex is going to cut it this time, folks; when tomorrow evening comes around, no amount of tissues will save you from the emotion that shall pour forth from both your monitor and your eyes. Start building an arc, the flood is coming. Until then. 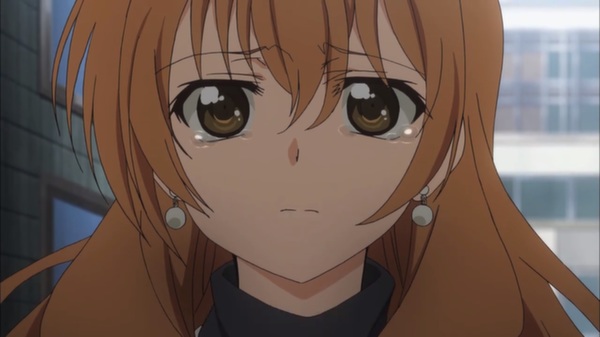