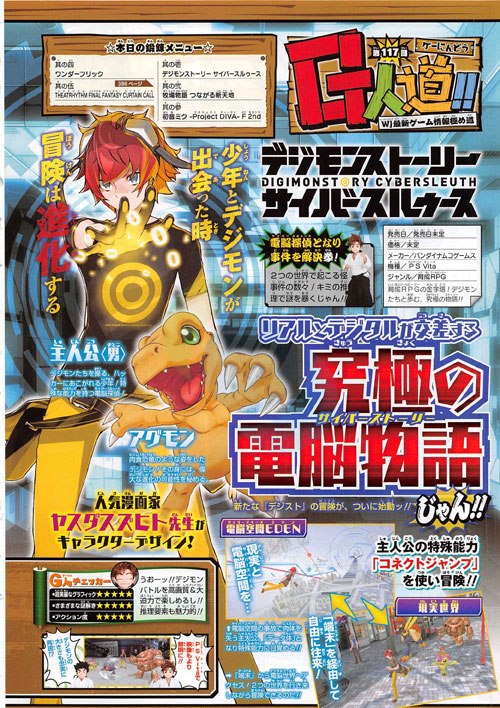 The protagonist of the game is, not surprisingly, a cybersleuth who can control Digimon and harbours an admiration for hackers. With mysteries cropping up in both the real and digital worlds, it is up to him and his partner Agumon to solve them. Having lost his physical body in an unfortunate cyberspace accident, the boy is now imbued with special abilities and can freely jump between Cyberspace Eden and the real world through the use of terminals.

The game itself described as a “rule-of-virtue training RPG game” and will take place over the course of four years (in game time of course). The game boasts many new places to explore, plenty of Digimon to train and fancy new graphics. Sure to put the PS Vita through its paces when the game releases. So far, only the protagonist has been shown, but stay tuned as more Yasuda designed characters are revealed.

So if any of that tickles your digital fancy, check out the trailer below and nab a first-person view of a new Digital World full of adventure and small dragons. Prodigious! 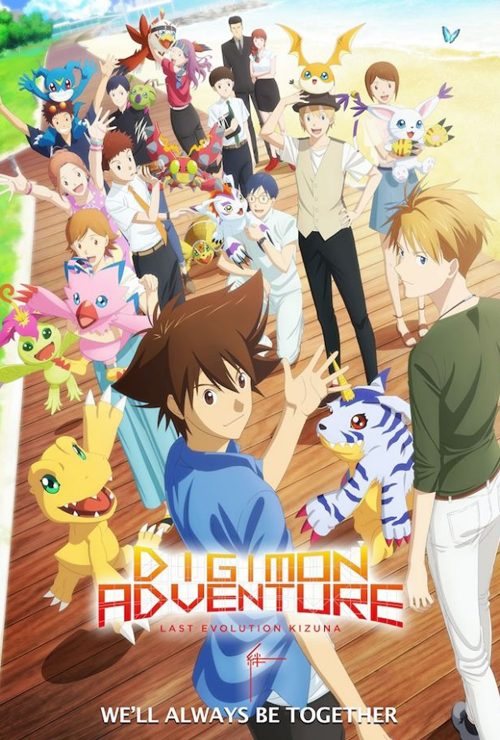