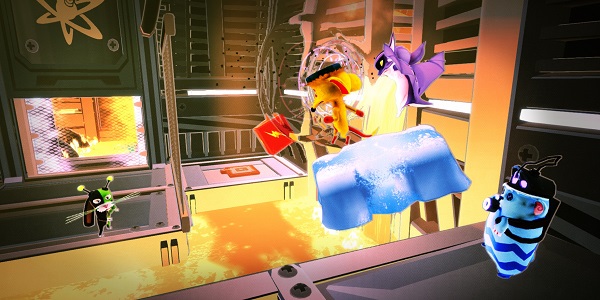 Developers Spearhead Games has just announced that Tiny Brains, their action puzzle hybrid game, is being released for the PS3.

For Tiny Brains, players take the role of one of four lab animals that search for an escape route out of the lab. Through multi-player game modes, players have the ability to coordinate their efforts to solve difficult puzzles that utilizes the laws of physics. Each playable creature has a specific power that allows them to contribute different things to the team. The game has additional challenges and game modes.

Tiny Brains is also available on Steam for the PC, which you can find here. It was released on the PS4 first, before the PC and PS3 versions were released. According to the publishers, 505 Games, the group responsible for releasing games such as Payday 2, no Xbox versions are expected to be made.