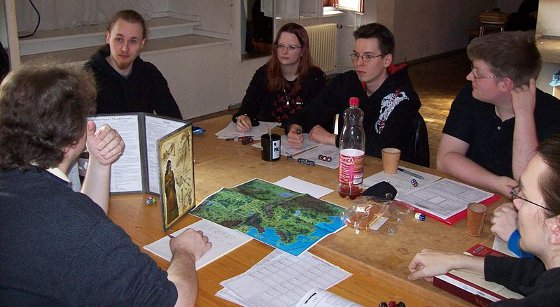 The New Year is upon and if you’re like me, that means that you have 365 new days with which you can plan, write, and/or play role-playing games (RPGs) of the pen and paper variety (a number which doesn’t factor in things like consuming food, sleeping, and participating in gainful employment). The question then becomes exactly what systems should one play? There is of course the stock and standard Dungeons and Dragons with its various offshoots, which can always be considered a sturdy choice, but I am here to suggest to you a couple of indie games which you may not know of but are of similar excellence… 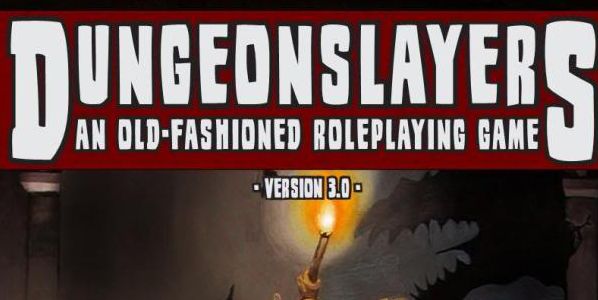 I understand that when you’re first starting out, role-playing systems can seem like convoluted mazes filled with owlbears and only a few degrees away from just school yard make-believe (I shot you! Nuh-uh! Etc). It therefore becomes important that players are able to find an entry, a gateway game before moving on to harder systems. It is for this that I introduce to you; Dungeonslayers.

Dungeonslayers is a good entry point for players and game masters who have no experience whatsoever with any form of role-playing. It’s like Dungeons and Dragons but with a lot less complex maths and rules. The system is simple, character creation is streamlined between three basic classes (more in the expansions), with players choosing to specialise between a fighter class, a mage class, and a rogue class. This might seem stifling at first but there is enough variation that each character can be made to play very differently. The setting itself is the spirit of brevity; you are adventurers in a dungeon who are searching for macguffin/glory/loot. It’s a good game for newbies because of this simplification but can also hold appeal to veterans with providing them the opportunity to flesh out a character with your own story without having to rely too much upon forming continuity with a setting. Another really awesome aspect of Dungeonslayers is that all the resources you need are available as a free PDF download from the site, so now you have even less reason to not try and get into pen and paper RPGs in the new year. 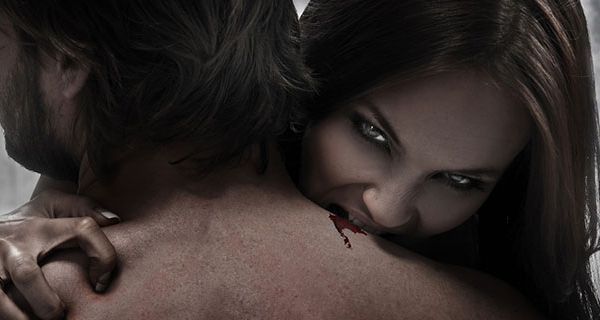 I’ll be honest with you folks, my teenage years were hard on me. Weird things were happening to me physically, my sexuality began to express itself, and emotions became… a thing. Now imagine going through all that but as a barely restrained teen werewolf, an ever-hungering ghoul, a vengeful witch, or a shy ghost with a propensity to turn invisible. Where pen and paper meets Buffy, you have Monsterhearts.

Monsterhearts is a good diversion for players looking for something different to the run-of-the-mill dungeon crawl, but don’t want something that will turn into a long campaign. The game sessions are divided into ‘seasons’ (akin to ‘adventures’ in D&D) which helps keep stories contained with characters experiencing growth and development not just in terms of stats but also getting ‘growing up’ actions to represent them becoming more mature with game mechanics. Monsterhearts does a number of things interesting mechanically in that each character archetype has their own unique abilities which give you incentives to play them with a particular personality (the impetuous werewolf for example or the hungering ghoul for instance). Hell each, character archetype even has their own ‘sex move’ which will help you portray their character in even the most intimate of ‘encounters’. The character archetype sheets are available for free online, but the designated games master should definitely buy a copy of the full rules to also get pointers on how to create a setting which is frighteningly hostile, sexually charged, and filled with intrigue (or in other words; High school).

Houses of the Blooded 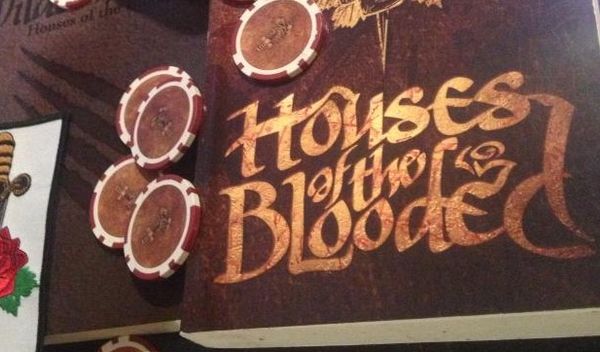 Are you one of those people who watches the Game of Thrones television series and thinks to yourself: “Dang, this show does NOT have nearly enough sex, intrigue, and bloodshed”? If so, then the self described ‘anti-D&D’ RPG; Houses of the Blooded, will fill that gaping hole in your life with a caress, a kiss, and a blade drawn across the neck. This is an amazing game I would recommend to players with more experience due to the nature of the beast (in terms of mechanics) and the greater requirement for collaborative storytelling.

Upfront, this is not a game for the faint hearted, the game can be played with all the players working together to improve their own standing amongst the medieval society of the sorcerous nobility… but the question arise: can you really trust them? The answer is a resounding ‘no’. In this game, if you don’t expect your fellow players to manipulate/betray you then you’re either a fool or not playing the game properly. The mechanics allow you to strengthen your character with a variety of personality aspects, but for each aspect you get you also must provide a flaw and a way that that strength can be used against you by another player. However, whenever you are manipulated or have your flaws exploited, you obtain ‘style’ points which can then be used to do the same to others. The only other way these points can be obtained is through advancing the narrative in an awesome way, regardless of whether it benefits your character. The game empowers you for making yourself vulnerable and you become vulnerable when you are powerful, which in turn creates a vicious cycle. This cycle will ultimately lead to your downfall but if nothing else; your character will go out with style.

So that is it my delicious friends. I hope I have given some suggestions which will be of value to you. If you have an opinion on these or all the other pen and paper RPGs which missed out and you enjoy, feel free to speak out in the comments. Otherwise, I wish you only a happy new year. 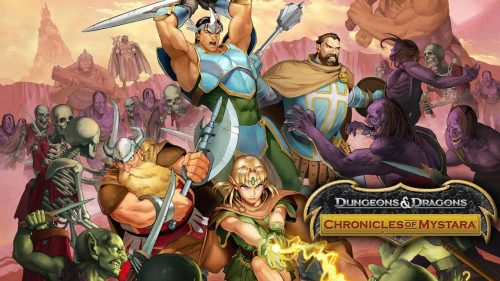