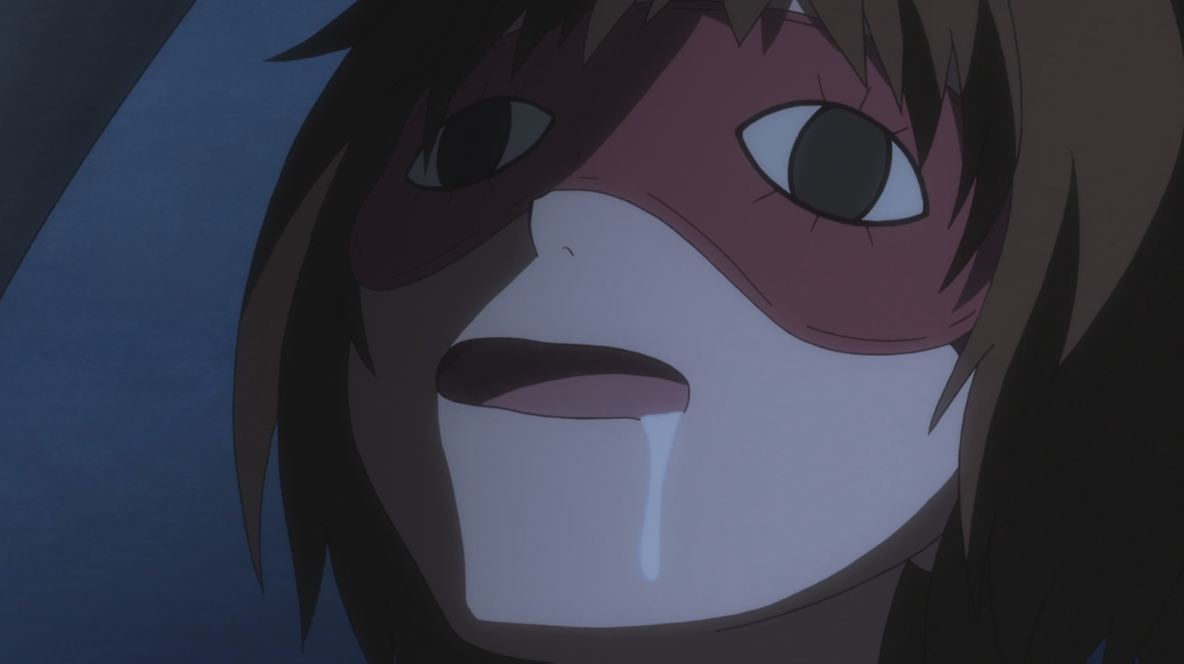 Having already steeled her resolve last episode, Ogure Sio takes her first true step into the world of monster fighting: training. Though she has shown that she possesses great potential, her lack of basic combat skills makes her as much of a liability as she is an asset. So it’s off to a humid little island off the coast of who knows where to see if Sio has the mettle to face enemies of such a high calibre.

After landing on the island, Sio is promptly driven into a forest and left behind by Saint Germain, who then drives into a tree and explodes…not the most ideal start to training. Sio is then met with a number of EIO (Evolutionary Invasion Objects) and, after wasting ammunition like a champion, is subsequently stabbed through the heart…damn. Well it’s been a fun series, I liked the bit with the big gun the most. What’s that? It was all a simulation? Yeah…that does make more sense than a three episode series…OK, so nobody is dead. Saint Germain pulled a fast one on Sio and enlisted the help of another E-Gene Holder to train her. Bearing the spirit of Robert Capa, a famous wartime photographer, he possesses the unique ability to create reproductions and, in turn, training simulations. With complete control of that which he creates, Capa can provide Sio with any number of situations that can help her improve. While it definitely seems fortuitous that such a power exists in the E-Gene pool, it definitely serves to showcase the scope and variation of said powers. 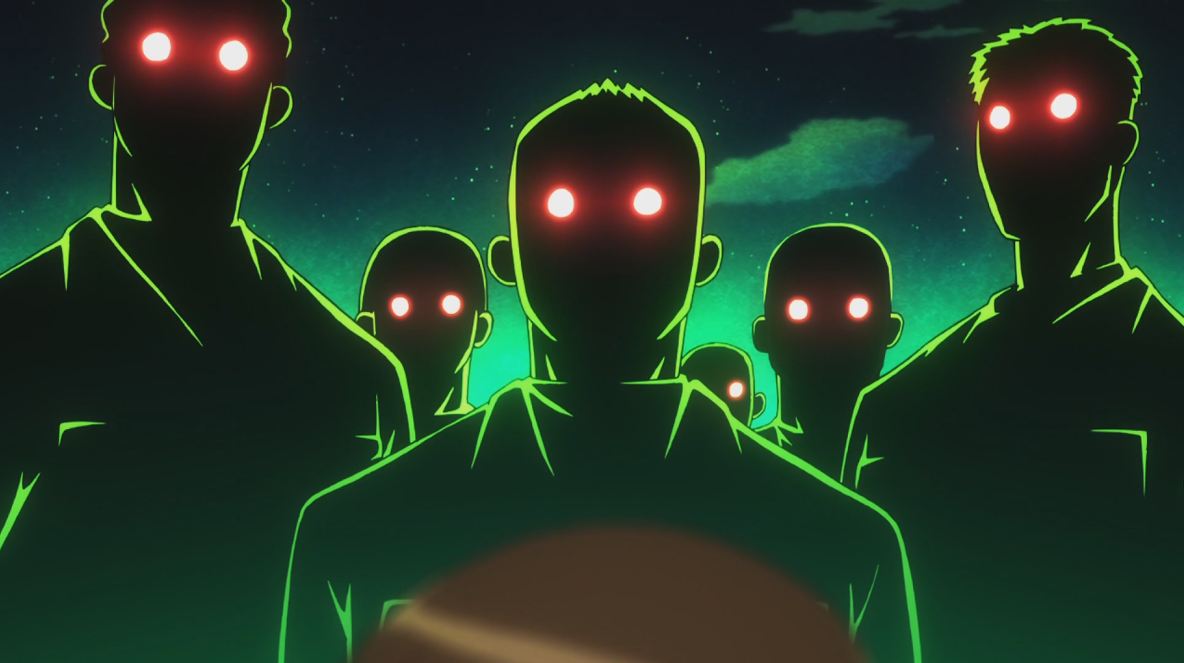 We also learn a little more about the E-Gene powers, courtesy of Saint Germain’s lectures. When active, AU weapons provide their wielder with enhanced durability and strength, explaining how Jack the Ripper managed to survive. Sio’s sudden tactical knowledge is also revealed to be the effect of a Mental Rush, something experienced by every E-Gene Holder. However, these rushes are unique to each person, perhaps hinting at Sio’s uncharacteristic behaviour during the fight in Taiwan. As a further part of her training, she learns that as a manifestation of her mind, she has the power to alter her weapon to a degree. So far, she has managed to rein in her power and leaned that she can alter the explosive power of each individual round. Something sure to come in handy.

Over the course of her training, Sio comes to understand her lack of skill wielding her weapon. Recoil still throws her aim off to an unsightly degree and she has difficulty hitting anything other than a stationary target. Not the optimal skill set for one of the few hopes left for the world. Her studies take on another level of importance when the DOGOO Commander specifically notes her status as a sniper. From a tactical stand point, though they have a plethora of cool powers, the E-Gene Holders would benefit greatly from a long ranged ally. This is an interesting element in the anime as, apart from her unique awakening, Sio does not stand above the others in power, despite being the protagonist. Rather, she simply possesses a power that would be useful to the organisation. Not a key, but simply another cog in the machine. At least for now. 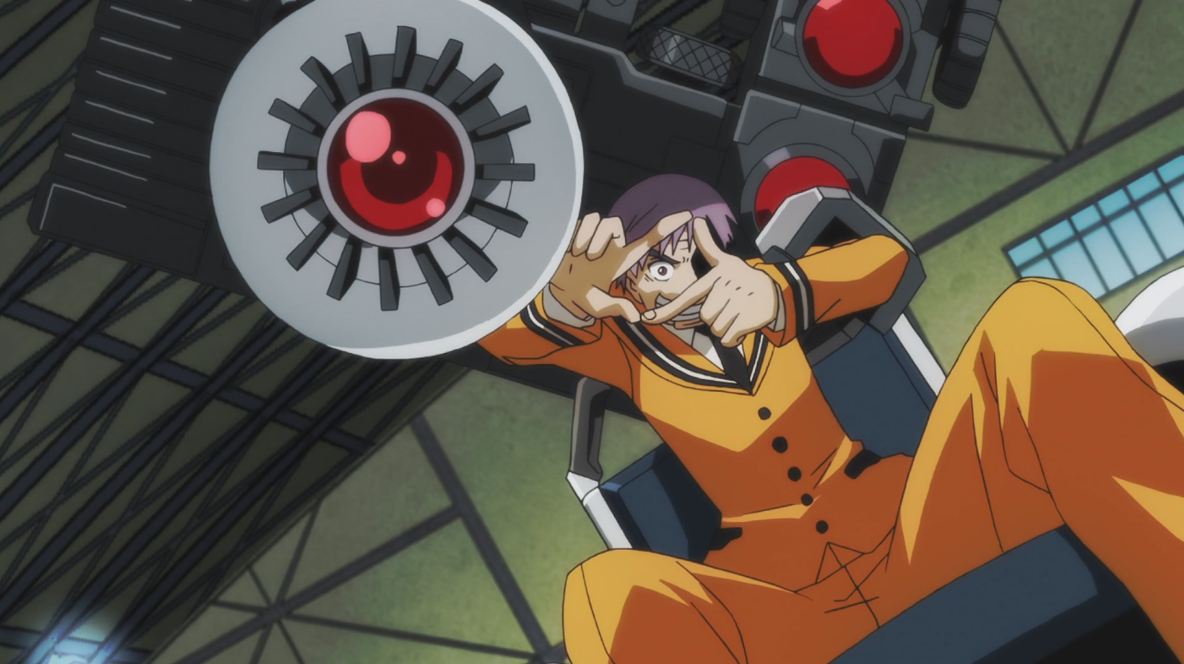 I hope you’re not camera shy

Due to the secrecy of her training, all of Sio’s personal communications we prohibited. Which did not sit well with the self proclaimed “modern high school girl”. In her search for a Wi-Fi connection, she stumbles upon an aircraft hangar and subsequently geeks out on the plethora of planes. It is here that she meets the military division stationed on the island and becomes fast friends with the multicultural troop. Apart from relieving her boredom, the troops also serve as a source of motivation for the hapless girl. This reveals that Sio, despite her own shortcomings, is willing to push herself further for others, the very aspect that that caused her to awaken her E-Gene powers. She also reacted very angrily when the human soldiers were referred to as nothing more than shields to guard the E-Gene Holders, further proving that despite her years without friends she is still inherently compassionate.

One of the main things to note in this episode would definitely have to be Capa himself. An E-Gene Holder, its is strongly implied that an accident took him out of commission and placed him in the wheelchair he now requires. Though his power is interesting and uniquely helpful in training regimes, it would be interesting to see him in full combat, which may just occur next episode. That being said, some of his training methods are a little…unorthodox, to say the least. Along with insulting her friends, Capa also threatened to “reveal” a lot more of Sio’s copy than needed. Bit of a slezeball move on his part. He also produced a bunch of swimsuit pictures featuring Sio’s copy which he distributed to the troops, who accepted them a little too eagerly. I know this kind of thing happens all the time in anime, but come on. She’s a high school girl and they’re a trained military division. The whole thing just came off as creepy and out of place in the series, which has so far been all action. 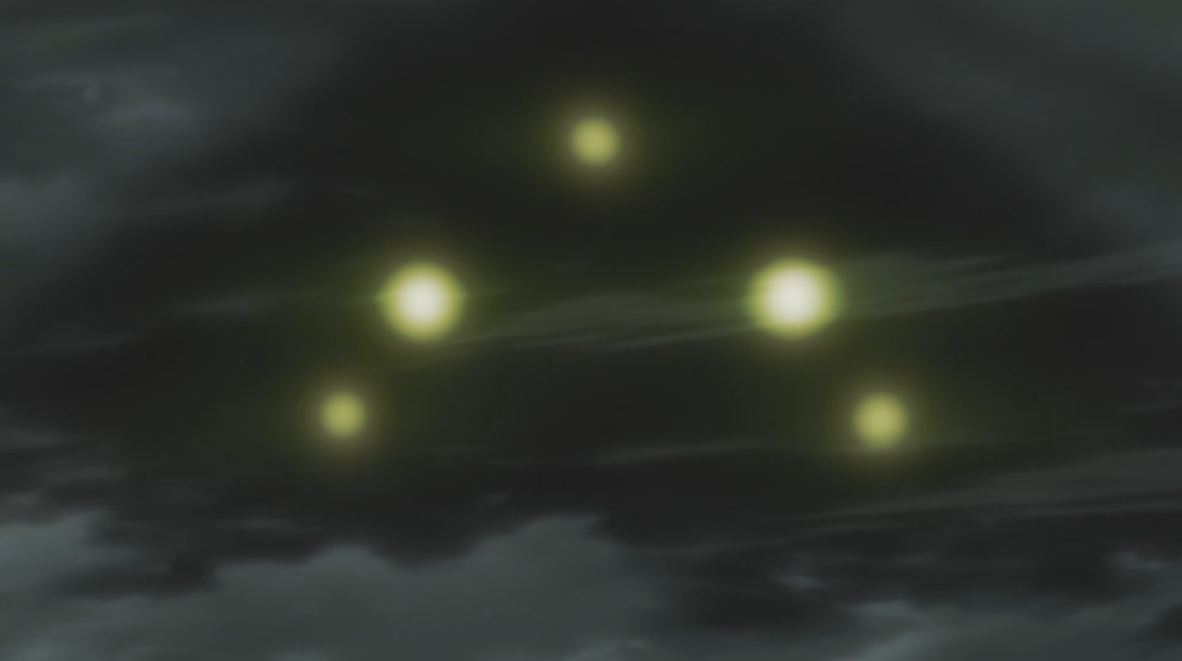 Regardless, with another major EIO threat looming in the winds, Sio and Capa must team up and fight to save the world. Looks like it’s time for Sio to put all that training to use. Hopefully she’s improved because the stakes just got a whole lot higher. 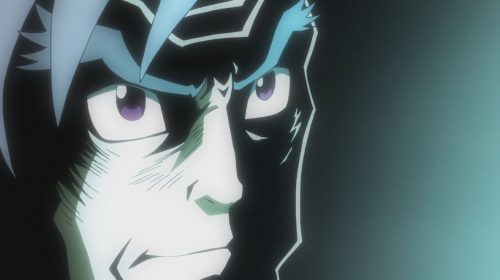