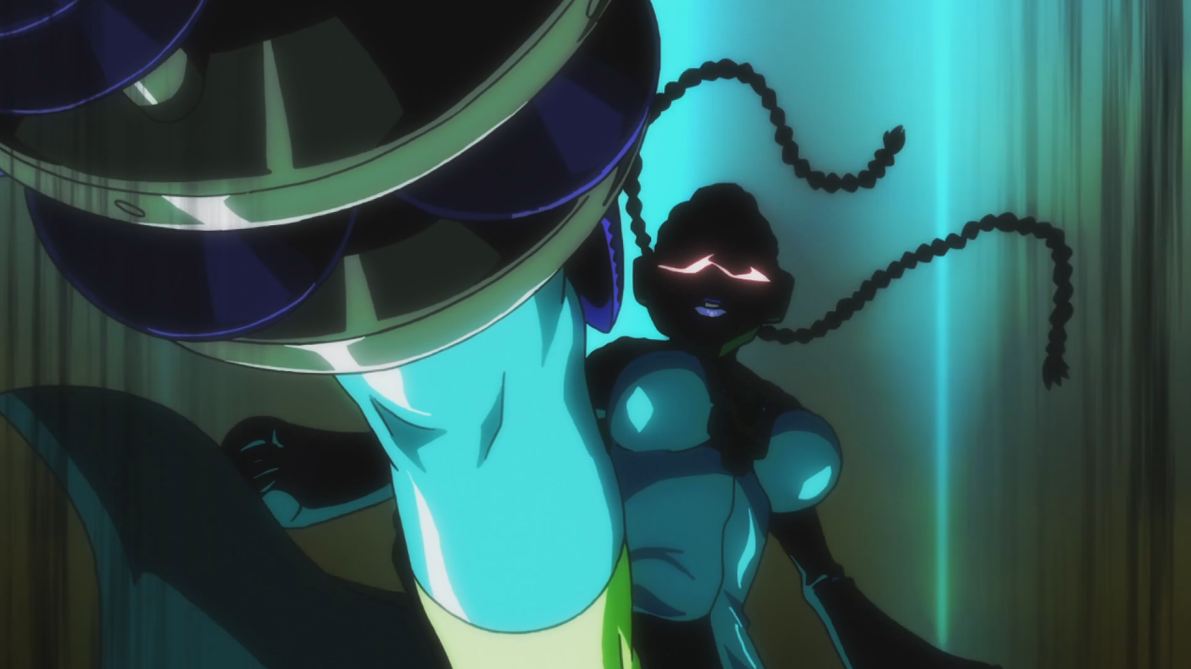 I don’t think you appreciate the gravity of the situation

Alrighty, let’s jump straight back into the action shall we? The last time we left Sio/Nobunagun, she was gunning down monsters with extreme fervour and just a little bit too much joy…a lot to much joy. Is that just a little bit creepy you might ask? Yes. Yes it is. Even Jack the Ripper was freaked out and, well he’s Jack the goddamn Ripper…well kind of, but you get the point. Anywho, with her introductory awesomeness beginning to subside, we start to see the impact that this sudden life change has on Sio.

Though she has an encyclopaedic knowledge of weaponry and military hardware, Sio’s inexperience becomes more and more apparent as the battle wears on. Not used to actually wielding a weapon, she fall victim to one of the ever present complications of firing: recoil. Considering her’s is of a much higher calibre than most, she begins to miss targets and subsequently lets panic sink in. This serves to show that even with the spirit of Nobunaga, and a giant cannon affixed to her arm, Sio is still a schoolgirl at odds with her budding powers. In fact, the entire relationship between the historical souls and their reincarnations is still rather mysterious. As previously mentioned, Jack the Ripper was concerned whe he saw Sio smiling during her battle. Whilst an astute observation, he himself wasn’t too different when fighting. Whether this is because he’s shocked that a girl is similar to him or that he doesn’t realise how he acts during combat is yet to be seen…or he could just be a hypocrite. Who can say? 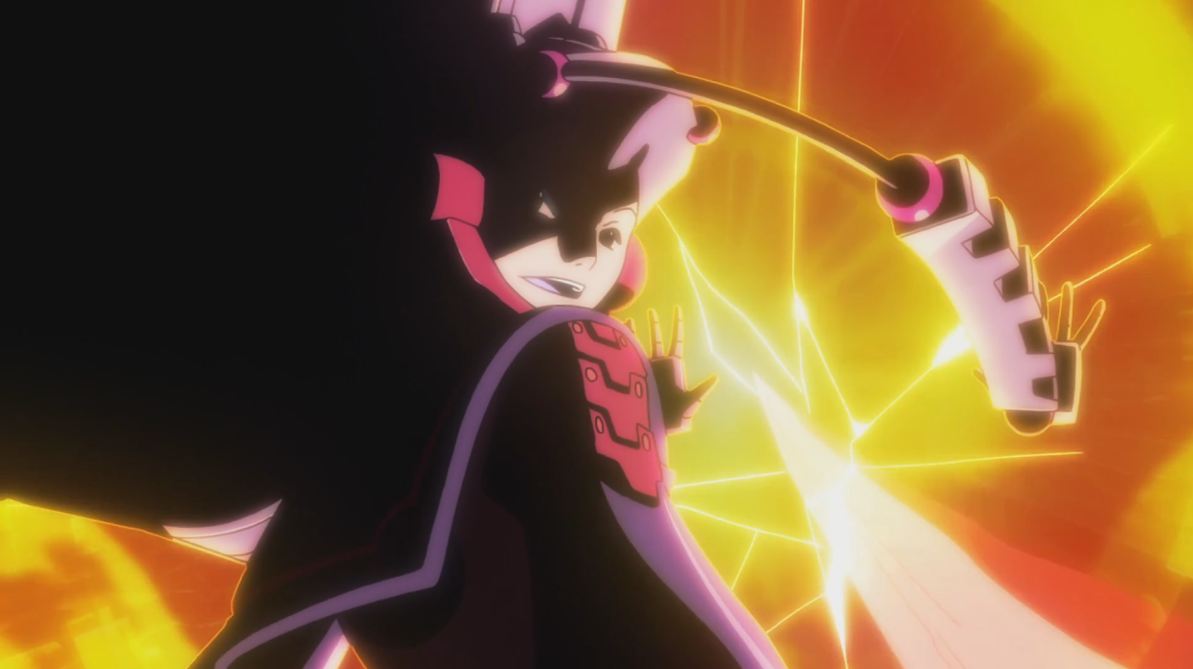 The two newly revealed E-Gene Holders are also rather…unorthodox. Newton, with her gravity altering boot, seems rather violent and Gandhi, while presenting an air of calmness, is still kinda…off. Being able to remain normal in such dire situations is not something just anyone can do. Though the spirit of one of history’s greatest pacifists may have something to do with that. Plus it gives him a rather strange, but still kinda awesome, helmet that projects forcefields using its attached arms. A power I’m sure will come in handy. See what I did there?

The nature of the reincarnations is also blurred when Sio reveals some latent Nobunaga skills. Though she herself is inexperienced, she is able to strategise with the same style and aptitude as her previous life, devising a plan to seize victory from the jaws of hopelessness. Her weapon is also shown to possess hidden aspects, when she draws an additional two guns from the larger cannon, covering her weakness from peripheral attacks. Eventually defeating a whopping 202 Evolutionary Invasion Objects, Sio proves that despite inexperience her new powers are incredibly formidable, impressing every member of the Defence Organisation aGainst Outer Objects (DOGOO), the organisation each E-Gene Holder (the reincarnations) belongs to. Phew, a whole lot of information being thrown around here. 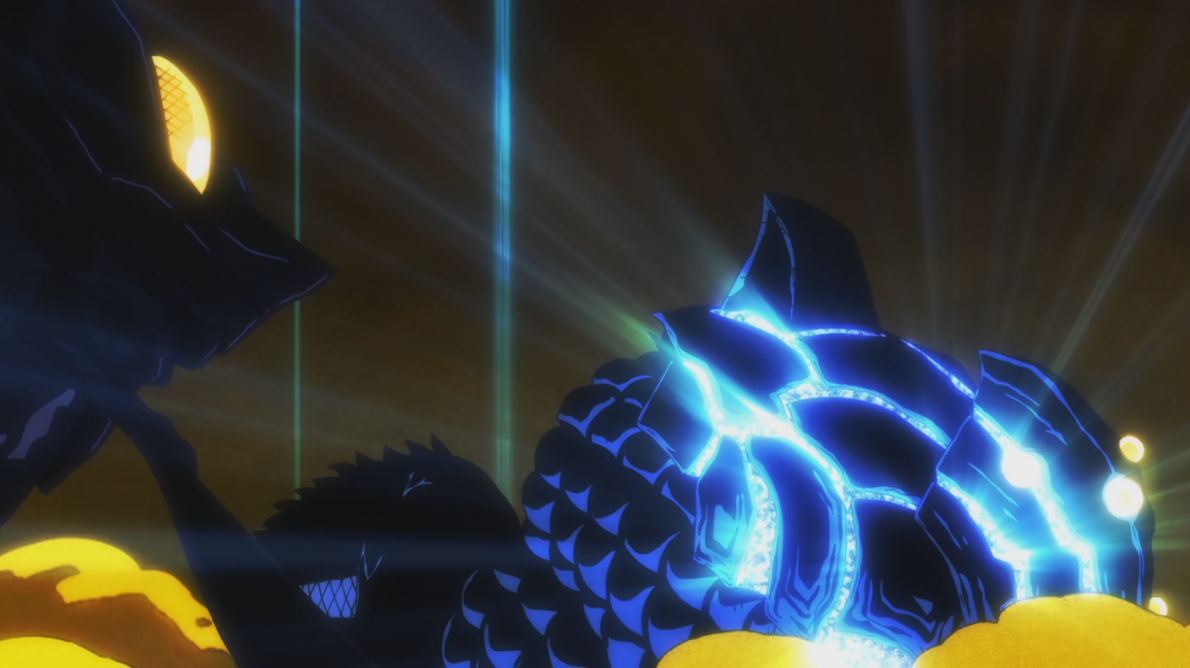 I wonder what Darwin has to say about these guys…

With the present danger dealt with, the anime takes a rather rare turn for an “organisation vs monsters” series: it reveals the truth to the public. As this is the first time the creatures have made it on land, DOGOO realises that they can’t keep the recent events from the public and have already explained the situation to a majority of the world’s governments. The whole outfit seems rather practical actually. Also it’s rather refreshing to see a series where the battles don’t take place behind the scenes, with Deus ex machinas used to explain the continued secrecy of such grand scale conflicts. The public is also made immediately aware of Sio’s status as a new E-Gene Holder, a fact the press jump on. Again, this relieves another classic anime trope: oblivious parents. I can’t count how many series have a young character save the world, whilst their parents simply wonder why they’re late for dinner. It can wear a little thin after a while. It’s also interesting to note that DOGOO has an openly voluntary employment policy. As opposed to forcing the protagonist into responsibility, they simply ask her if she wants to join. Why aren’t all supranational anti-monster agencies this polite?

Some light is also shed on the Evolutionary Invasion Objects that threaten humanity. Put simply: they came from space. Riding a tiny meteorite, single celled organisms crashed into the Pacific Ocean and began to adapt. Though at a stage equivalent to fish for about 10 years, their rapid advancement has had them begin the amphibian stage, with fear of a reptilian evolution not too far away. This alone serves as an interesting premise for the series. Though so far we’ve only seen them in a negative light, what with the murder and all, the creatures hold the potential for some interesting development. In essence, they are the same as the creatures that roamed Earth in it’s relative infancy. Creatures with the simple, bestial purpose of survival. Of evolution. Naturally, since their path has them walk over humanity, they are a threat to society. 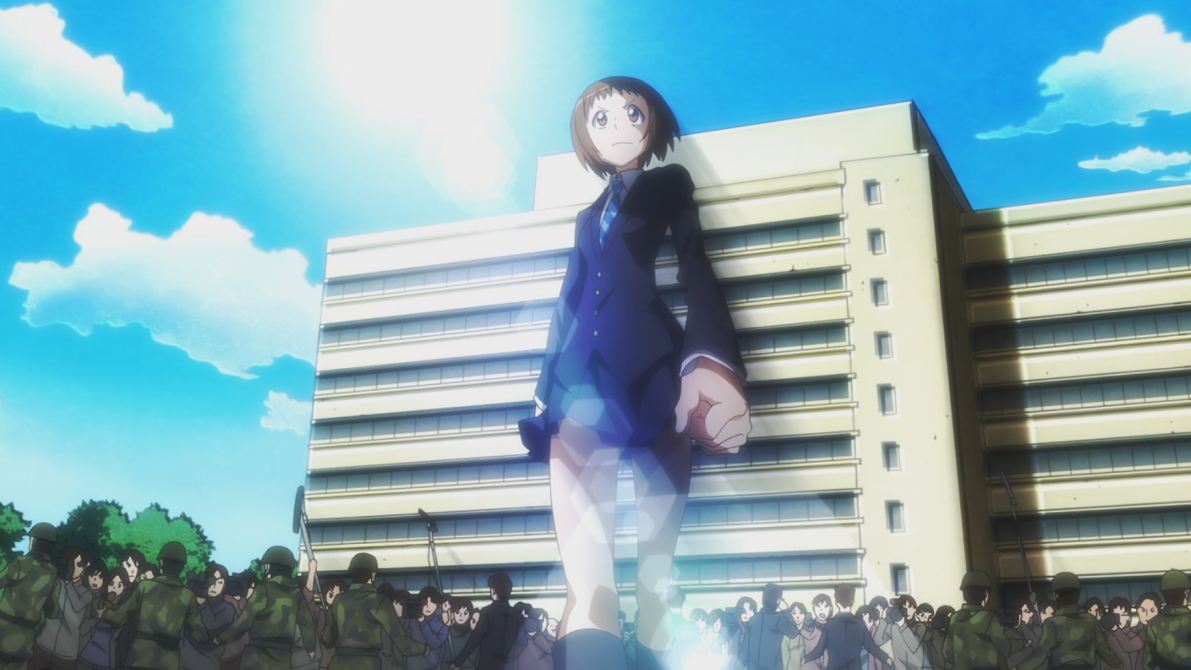 I’m interested to see which way the anime takes each of the concepts it has raised thus far. The path of classic monster threats will no doubt lead to some kickass battles with lots of violence and destruction. Whilst on the other hand, the path of alien nature clashing with society would raise some interesting philosophical questions. I guess we’ll just have to wait and see what happens. 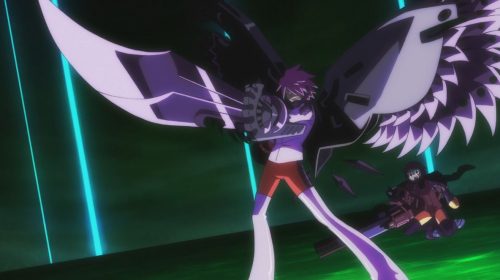