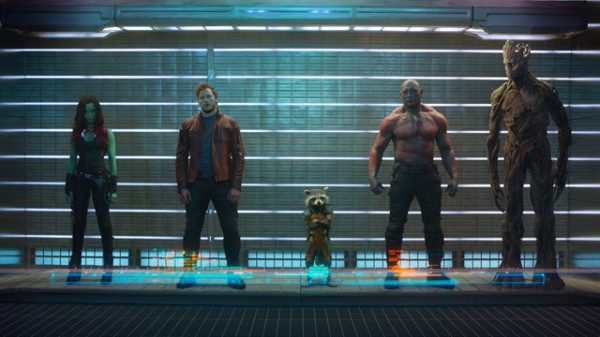 Believe it or not the upcoming summer blockbuster “Guardians Of The Galaxy” is actually highly anticipated though only by what seems like a small group of people aware of how awesome it would be as a film. Marvel and Disney only recently released an image of the cast in costume as a teaser to all the fans who are shaking with excitement simply at the concept of such a film. We were originally met with promotional art of the team all in a row but now we’ve got the real thing and it is looking fantastic.  Marvel/ Disney also released their Official Synopsis of the movie, so for you people out there who have no idea what “Guardians of the Galaxy” is, this one is for you:

“From Marvel, the studio that brought you the global blockbuster franchises of Iron Man, Thor, Captain America and The Avengers, comes a new team – the Guardians of the Galaxy.  An action-packed epic space adventure, Marvel’s “Guardians of the Galaxy” expands the Marvel Cinematic Universe into the cosmos, where brash adventurer Peter Quill finds himself the object of an unrelenting bounty hunt after stealing a mysterious orb coveted by Ronan, a powerful villain with ambitions that threaten the universe.

To evade the ever-persistent Ronan, Quill is forced into an uneasy truce with a quartet of disparate misfits – Rocket, a gun-toting raccoon, Groot, a tree-like humanoid, the deadly and enigmatic Gamora and the revenge-driven Drax the Destroyer.  But when Peter discovers the true power of the orb and the menace it poses to the cosmos, he must do his best to rally his ragtag rivals for a last, desperate stand – with the galaxy’s fate in the balance.”

Chris Pratt will take the lead as Peter Quill (Star-Lord) for the film, he’ll be backed up by his intergalactic team with Zoe Saldana as Gamora, Dave Bautista as Drax The Destroyer, Bradley Cooper as Rocket Racoon and “The Fast And The Furious” star Vin Diesel as Groot. The film also hosts big names like Lee Pace as Ronan The Accuser and Karen Gillian as Nebula, you may know Ms. Gillian as Amy Pond from the world-famous science fiction series Doctor Who.

Even though “Guardians of the Galaxy” hasn’t entirely hit the vein of mainstream pop-culture quite yet I can guarantee that by the time it gets its release on the 1st of August this year a lot of people will know who they are and what they’re all about. “The Avengers” took last year by storm but it’s time for them to move over because there’s another group of odd superheroes to look out for us and, Avengers, while you may be EARTH’S mightiest heroes…these guys are the guardians of the GALAXY. 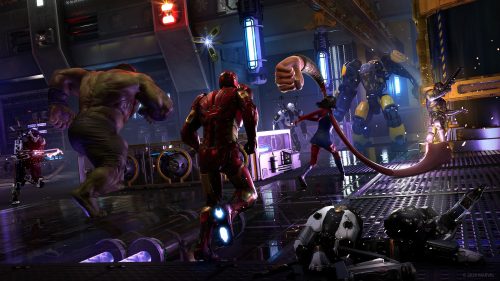