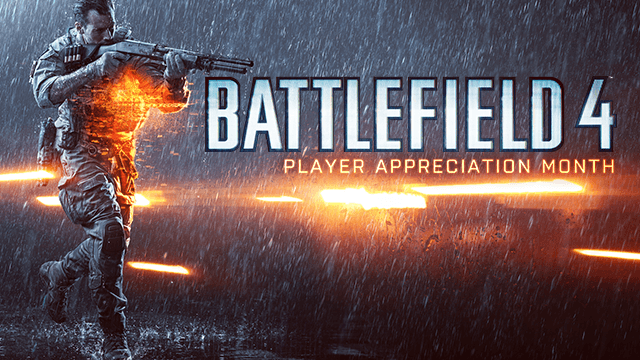 To thank players for their dedication and support to one of EA‘s most popular franchises, DICE has announced Battlefield 4 Player Appreciation Month. February 1st will see the start of a month filled with fun community missions and daily giveaways, which are received by simply playing a match.

First, and most importantly, DICE has noted that they will be working to improve the netcode of of BF4, set to “tighten the overall multiplayer experience”. Though no specifics have been revealed on what items they’ll be working on, it’s safe to assume that the more infuriating problems will be tackled first. The fan favourite feature Platoons is also set to make a reappearance, allowing players to meet in a social space and accumulate stats. War is about teamwork after all.

Player Appreciation Month is absolutely packed with goodies, so DICE can show you how much they care. These include, but are not limited to:

A Battlepack a Day
Just as the heading denotes, players who log into BF4 during this month long thankyou, will receive a Bronze or Silver Battlepack. These packs contain bonuses such as soldier camos and XP Boosts that will accelaerate your levelling progress, as long as you remember to activate them from the in-game menu. Logging into a multiplayer game during the week will net you a Bronze Pack, whilst Silver is reserved for the weekends. So play a lot and net some sweet wartime swag.

Shortcut Bundles
February will see the launch of two new shortcut bundles, provided to players at no extra cost. These voluntary downloads will serve to quickly unlock all grenades and handguns for the base BF4 title, so you can save a little time. Premium users will also receive an additional two shortcuts, which serve to unlock DMRs and shotguns. It pays to be Premium. 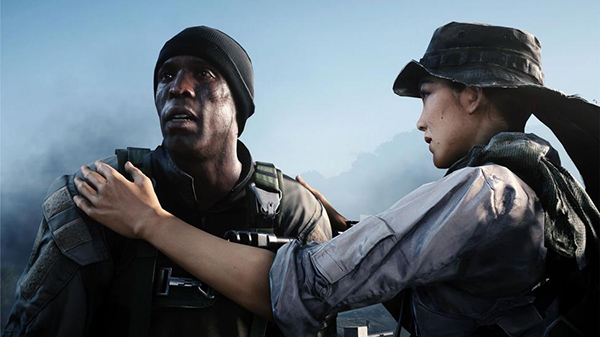 Your work is appreciated soldier

Double XP Weekend
Pretty clear what this one is. Premium players will  also net themselves a second Double XP Weekend as a little added bonus. What a good XPerience BF4 can be.

Community Missions
The month of appreciation will also include global DICE Community Missions, where players will work together to unlock some shiny Gold Battlepacks. Details on these missions will be released throughout the month, though the first challenge involves grabbing a set number of dog tags during a specified time. Let the hunt begin.

DICE Developer Talks
In an effort to increase interaction and work transparency, DICE has decided to hold a number of interviews with core developers of BF4 throughout Player Appreciation Month. In these interviews, players can ask about their line of work, the effort they’ve put into their specific area of BF4 or even, in the case of the core gameplay designer, what the balancing process is like. The dates and channels for these interviews will be announced as Appreciation Month kicks off. Tune in.

So with a plethora of goodies to nab, February might be the time to jump into Battlefield 4 and blow some stuff up. It would be rude not to accept DICE’s gifts after all. Keep an eye out in the coming weeks, as even more information is revealed for Player Appreciation Month. It’d really be appreciated.