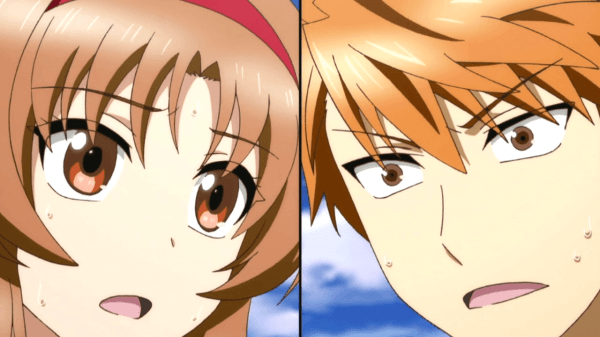 After the first episode of D-Frag! presented us with club hijinks at their finest it was an easy decision to keep following the series and now this second episode has helped prove my point. The first episode introduced us to our main character in the form of Kazama, the straight man who has now been forced to join the Game Creation Club full of girls who are as eccentric as they come with stereotypes taken to the extreme.

However what if the Game Creation Club that Kazama has been forced to join wasn’t the only Game Creation Club on campus? Well that is what this second episode is all about because since Kazama has been suspended from school for a day after jumping into the girl’s locker room due to provocations from Chitose, the Student Council President/fellow club member, he has a lot of free time on his hands but it appears that he has drawn the attention of a mysterious hooded group. 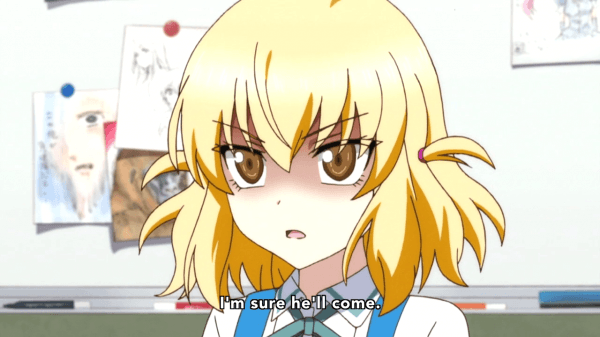 After Kazama tires of their provocations and threatens them, the group reveal themselves to be the real Game Creation Club and tell him that he has joined a fake club instead and the best thing for both of them would be if he left. After introducing another batch of characters in the form of this alternate club, things take a step forward to reveal that the president of the real club, Takao, and Roka have quite a past with one another.

From this past we learn where this rivalry of clubs began and why Roka is on the outs with Takao as her personality is far from normal and began to scare away members of the club. Though Chitose’s actions didn’t exactly help anything either. As such we are presented with both clubs going against one another in a game creation competition just in time for a school festival that is approaching, with the losing club merging with the winning club. 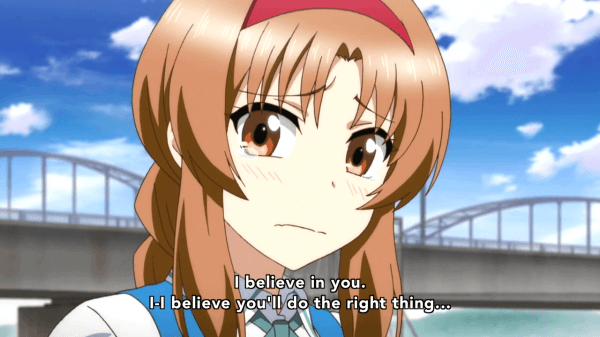 It is pretty clear from the opening theme for D-Frag! that this series is going to have a lot of characters to work with and with this latest episode we get four new characters right in the second episode though I have a feeling that only Takao will remain a key character in the future. Still, from the group we have a whole slew of comedic material ripe for the picking as there is the partially air-headed big-breasted Takao, the extremely perverted glasses girl Tsutsumi, a trap that openly reveals himself in girls’ clothing by the name of Sakuragaoka, and a big muscular guy with a heart of gold and a glass chin named Yamada.

Put these together with the hilarious members of the fake Game Creation Club and there are already so many characters and jokes to toss at viewers and the series really doesn’t let up at all in this second episode. While the first episode had to spend a bit of time introducing characters and going over some of the elements of the school, this second episode was a gag a second as we had everything from sight gags, puns, slapstick and more all while throwing a little bit of drama and competition at the end to keep the story moving along. 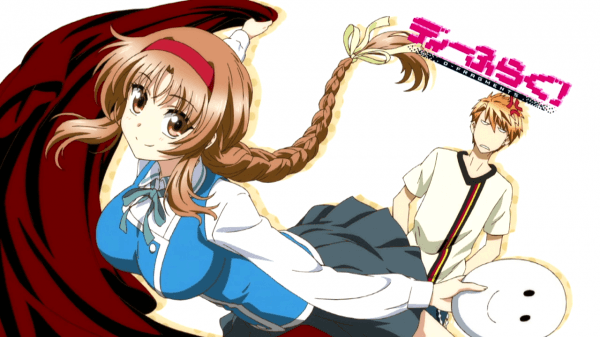 The characters aren’t really developed outside of Takao and Roka, though it feels like that isn’t really necessary as this comedy series is mostly about the laughs. That being said, it’ll probably be hard to stick with a favorite character in this series as the first episode had me liking the tomboyish Sakura at first but now Takao has taken over as the lead girl for the series but considering the amount of characters we will probably end up with as the series progresses and how the characters are heavily reliant based on the jokes they play or are the butt of, it will be interesting to see if she will remain the best so far. 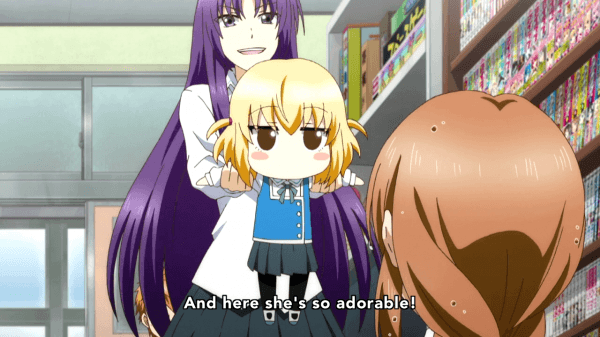 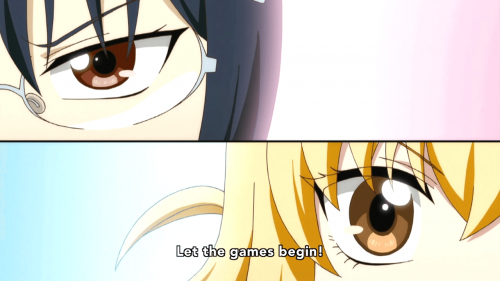 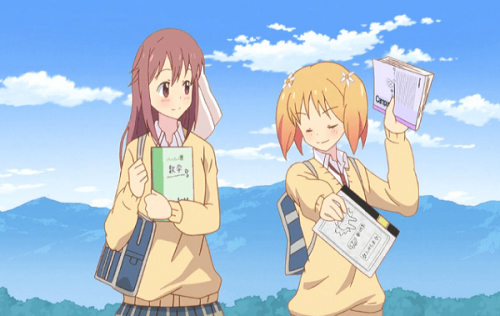