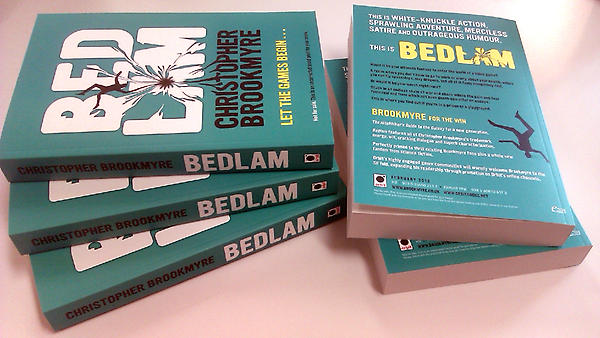 Readers and Gamers alike rejoice! In honour of the launch of the launch of Christopher Brookmyre’s new book, Bedlam, RedBedlam Ltd. is running a competition with a pretty sweet Alienware PC gaming rig as a prize (Specs to be found below). Firstly, the narrative of Bedlam focuses on the exploits of an unfortunate individual who wakes up in the world of video games as a grunt in someone else’s game (or one of my gnomish subjects in Gnomoria– da dum tsch). With a dark wit, the story will explore a number of familiar gaming worlds and will be the start of series which also includes a First-Person Shooter game based on the world of the novel which, in turn, is set to be released later this year.

To enter into the competition for the swell gaming rig, all one has to do is share the first chapter of the book with a friend. Said chapter can be found here and entry details can be found here.

Blizzard’s Advertising for it’s next MMO