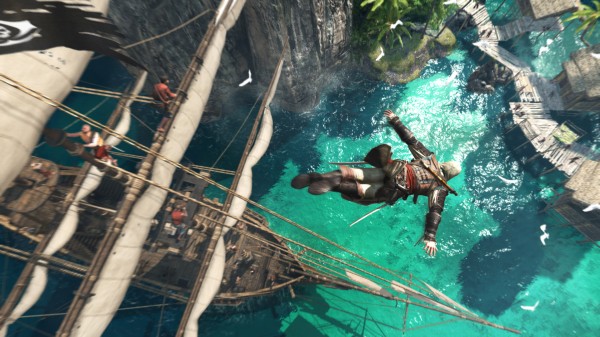 It’s the most wonderful time of the year, everybody, the time of year where people from all around the world come together to celebrate one of the biggest miracles to have ever graced mankind in its entirety; Holiday Sales. The beautiful people over at Ubisoft have decided to make everyone’s Holiday season that little bit sweeter by announcing that, for the next 48 hours(December 19th – December 21st), the brand new Assassin’s Creed title “Black Flag” will be selling for 50% off! Now I believe it is only for those of us who own a Sony PlayStation 3 so if you do own one i suggest you head to the PlayStation store right now to grab yourself a top game for a low price. “Black Flag” is one of the top-ranked games this holiday season and I think it’s damn nice of Ubisoft to be marking it down for us.

The gifts haven’t finished coming yet so keep reading on: For everybody out there who has a Uplay account, Ubisoft will be offering sales of many of their games at up to 75% percent off from now until the 5th of January with new deals on different games being released daily. Far Cry 3, Tom Clancy’s Splinter Cell Blacklist, Batman Arkham City and Fallout 3 are just a few of the many games that are up for sale and are available on the PC through Ubisofts Uplay Website which you can get to by clicking here. Ubisoft wishes you the very best during your holiday season and they’re saying it with game sales, get onto it and have a great end of the year!