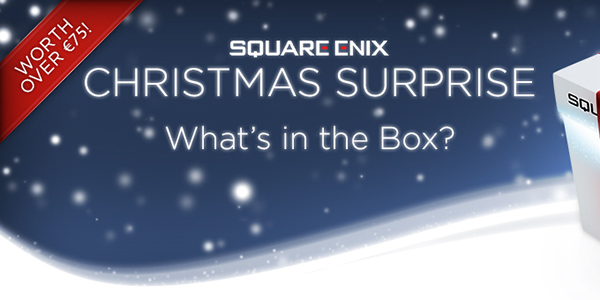 Just in time for Christmas, Square Enix is hosting a mystery box sale. They are packing four unknown Steam games worth £50 for only £4.99. The deal ends on December 20th, 2013 at 12:00 pm GMT. At that time, the games will be revealed and Steam keys will be distributed to the buyers. The keys will come as four separate codes, which will allow buyers to gift owned games. The sale can be found here and is only valid for European and Australian customers. The only hint on what could be in the box are the recommended PC specs.