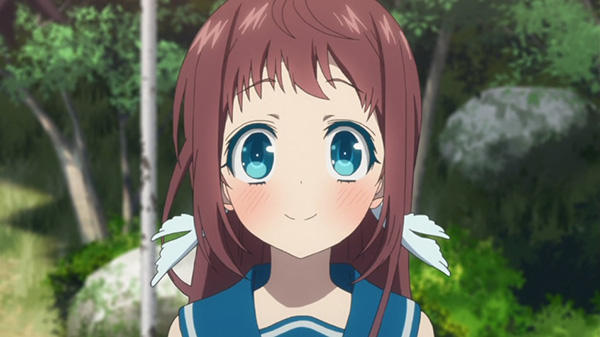 As you may know, almost every anime from this season has been picked up for Western release but a few of them have not been licensed yet. One of these seemed out of place and it seems there is good reason for that.

If you happen to watch Nagi no Asukara then you can now watch the first six episodes of the series on Hulu. While this is news on its own, the big piece of news here is what is in the info section for the show. Hulu is listing NIS America as the license holder for the series. We have reached out to NIS America for comment on the series but for now you can read our anime impressions for the start of the series here.

Update: NIS America has officially announced that they have picked up Nagi no Asukara under the name Nagi-Asu: A Lull in the Sea. They are planning on releasing it sometime in the future but did not provide further details at this time. They did include a plot summary of the series which can be found below:

Long ago, all humans lived in the ocean. But some who longed for the land abandoned the water, and cast off the special raiments granted to them by the sea god to adapt them to life under the sea…

Though mankind was divided into sea and land dwellers, each with different ways of thinking, they were all still fellow humans, and they continued to maintain contact as time went on.

When these land and sea dwellers meet for the first time during their second year of middle school, their hearts begin to undulate like the tides.

The youthful fantasy tale of these young people’s lives unfolds in a strange and beautiful world.