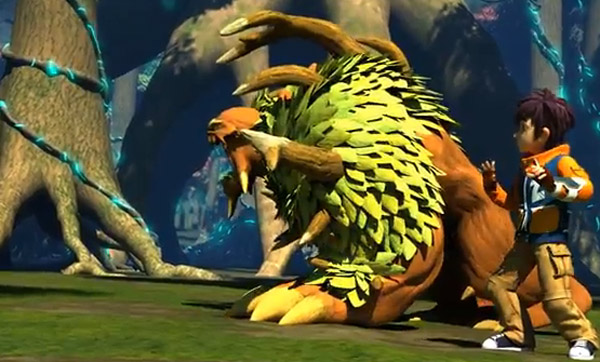 Invizimals is for better or worse a franchise that kids seem to love. Now, the members of the Alliance of Invizimal Hunters are jumping through the portal once again, and landing on TV Screens across Australia in the brand new animated series from BRB International, and Sony Computer Entertainment Europe. The series looks to be a part of the Invizimals: Lost Kingdom storyline, including the game’s protagonist Hiro as the leader of a youthful band of heroes that are trying their best to save the Invizimals world.

Invizimals debuted last week on Channel Eleven with a special 90-minute episode. The following 90-minute episode will air this Sunday at 6am for viewers to get hooked onto. Don’t worry if you missed out, Invizimals will be officially starting its 26 episode series from July 2014. If you want to know what to expect from the series, then check out the little trailer below. Always remember to stay tuned to Capsule Computers for all the Invizimals news, be it television or video game related.

Continue the Hunt With Invizimals™ The Resistance on PlayStation®Vita