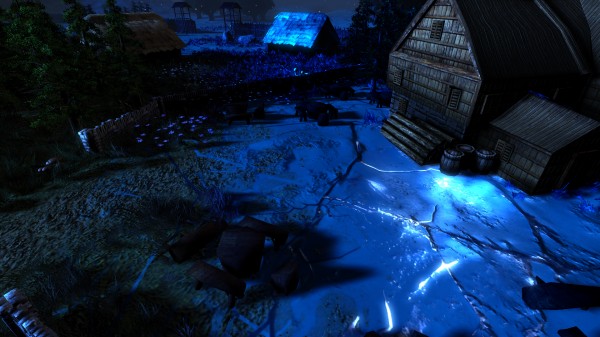 Part of the recent Steam Greenlight batch, Immanitas Entertainment has released Frozen Hearth on Steam. The game combines strategy and RPG elements in a dark fantasy setting. The game features a two player co-op campaign, multiplayer game modes, plenty of heroes to lead your army, and streamlined base building that will allow players to focus more on the action. The Steam version has been remastered and is the only version of Frozen Hearth capable of Internet Play for multiplayer.

Frozen Hearth is available now on Steam for $15.29 USD until January 2nd. The price will then rise to its MSRP of $17.99. Frozen Hearth runs on Windows PCs only.