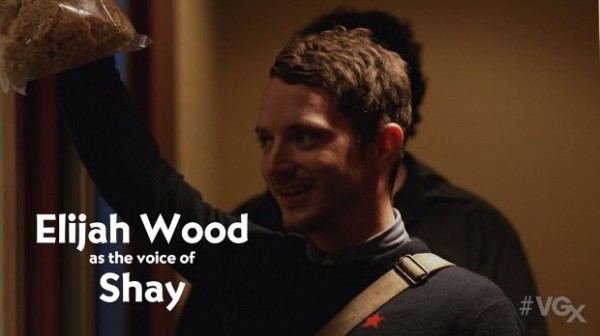 During Spike TV’s VGX event earlier today, many big announcements, reveals and world exclusives were revealed. One of them related to the ever-increasingly famous cast of Tim Schafer’s Kickstarter baby Broken Age. Joining stars such as Jack Black and Wil Wheaton is Elijah Wood.

The actor will voice the male playable character Shay. Hopefully video from the reveal will be available soon so that we may include it in the article. Those who watched it live could see the enthusiasm, love and knowledge of the project and adventure genre in general that Elijah has. In fact, he contacted Tim before – proceeding to follow him on Twitter – back when the Kickstarter campaign was originally being funded, expressing his gratitude that someone was exploring the nostalgia-inducing genre again. He was a huge fan of The Secret of Monkey Island, and after direct messaging each other, he excitedly accepted the proposal to voice the co-lead.

‘Stacking’ stacks up the DLC