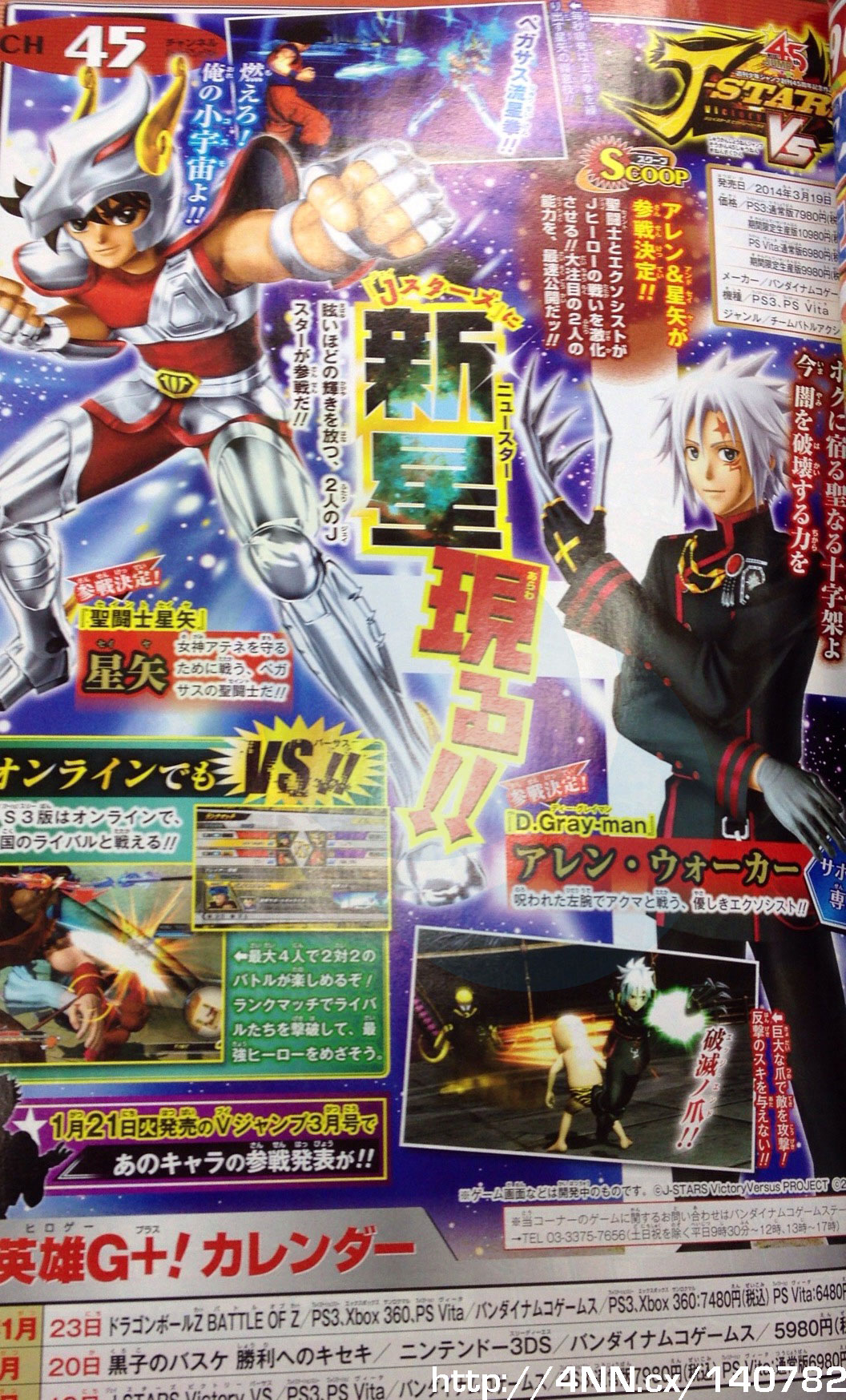 It has just been confirmed through Shueisha’s Weekly Shonen Jump in Japan that two more series’ have been added to the all-star line up for the up and coming Namco Bandai brawler game J-Stars Victory Vs and of those two series’ comes one new playable characters and one new support character the likes of which fans of the Shonen genre and fans of Shonen Jump alike shall know very well.

Seiya of the series Saint Seiya will hit the battlefield as a brand-new playable character, he’s the Pegasus Saint and he’s ready to throw down with the rest of the tough roster, so far his moveset hasn’t been detailed but we’ve heard is that one of his attacks will be the “Pegasus Meteor Fist” though I’m sure fans of the series will already be imagining and speculating on how the character will play.

The second character to be added and the character that will serve as a brand new support type is Allen Walker the exorcist from the D.Gray-Man series, literally nothing has been said about what he will do as a support type but, once again, fans of the series will probably already be guessing. it has also been confirmed that up to four players can battle at the same time within the game, two people playing locally can search for players within the country who are also playing locally together and battle them.

The game is set for a releae in Japan on the 19th of March and, although Namco Bandai have said nothing about localising it in Australia or North America, I’m sure we’ll be seeing it in a local game store sooner or later, just keep hoping that it happens!