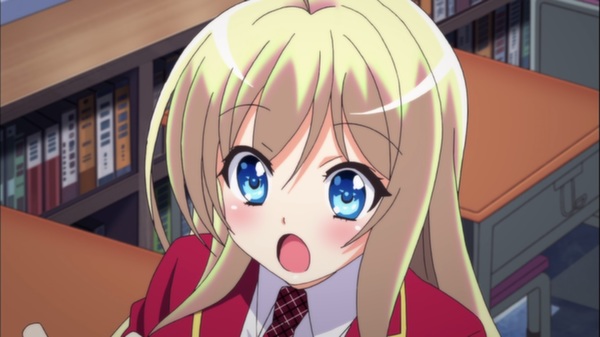 It is extremely unfortunate for Noucome that of all seasons it had to be released in this one. While one may have thought initially that in amongst a heavily action orientated lineup,  this show would blossom it has actually ended up being thoroughly swept under the rug while people’s eyes are glued to the madness that is Kill la Kill and the equally funny second season of Infinite Stratos. What do you do to draw people’s gaze towards  your show? Not this episode, I’ll tell you that much… 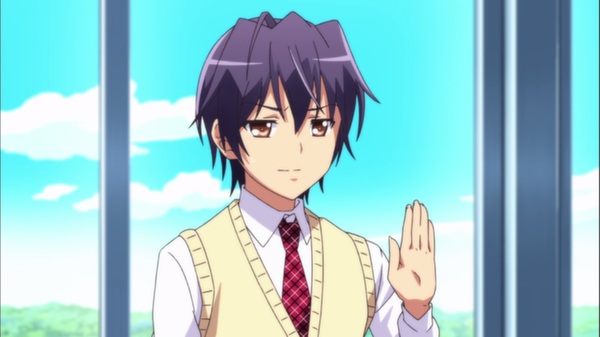 I fear that this anime is going to fall prey to it’s own choice of structure. Undoubtedly, Noucome is a hilarious anime with some seriously funny characters. I don’t think I’d go as far as to say that they are well written for the most part, but when I’m watching something like this I don’t expect the works of Shakespeare. However, that is the problem. This episode decided to focus mainly around setting up plot for the next few episodes and as a result it suffered. You can only take yourself so seriously and put on the pretence of having plot for so long without burning out the episode as a whole when you have been so heavily joke and dialogue focused until now. Saying that though, I have no doubt that this episode was entirely necessary and the prospect of a competition involving the team of the reject five already has my laugh box aquiver. I can’t wait to meet the masked 4th member of their squad if for no other reason than just to see what it is that makes him weirder than the bunch of freaks we’ve met so far. 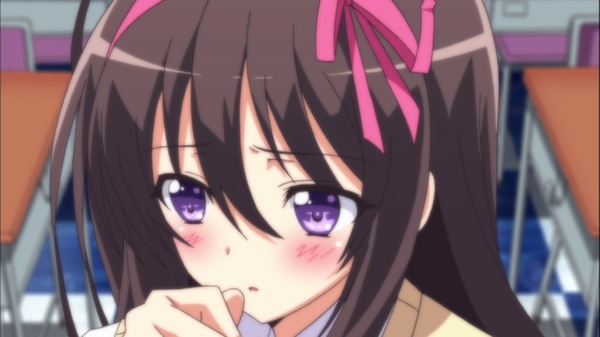 As you would expect, this episode was just as full of hi-jinx as ever, but at points I did feel like some of it was drawing a bit too  heavily from generics. That was until Kanade was chased around the school and pretty much molested by a horde of lovestruck men after god managed to trick him once again. What was even funnier about that was when they showed what would have happened in the event that he picked the other of the “two good options” and it looked like paradise at first before it showed him laying in a hospital bed on anaesthetic! Somehow, being hunted down and molested by a harem of massive, muscle-bound men actually ended up being the better option which both shocks and confuses me. 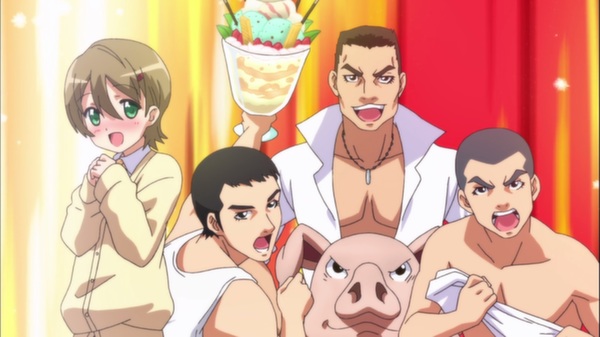 Going back to the generic point though, I did feel like that was a problem this episode. Until now the sheer madness of the show’s premise has kept it from needing to imitate other similar anime. Sure, it parodied them like last week when he couldn’t see Konagi’s panties because of all of the random, unexplained sunbeams, but it hadn’t stooped to imitation. Chocolat turning up at school and all the guys loving her to the point where they want to harvest the main character’s organs when they hear that he touched her when she was sleeping? Where have I heard that before? Try Lala and Momo from To LOVE-Ru. Take away the bit about the night-molestation and it can be applied to pretty much every alien character ever, from Fear in C³ to Haru from Tsuritama. I’m sure that they could have come up with a more elaborate way of bringing Chocolat into the classroom setting than that, but I suppose if that’s the worst crime that Noucome commits then we should be pretty happy. 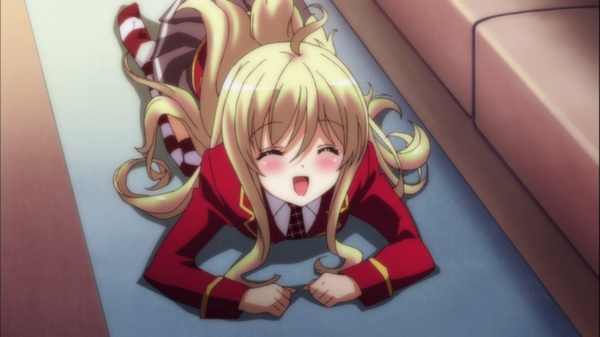 I am intrigued to see how the relationship between Kanade and Chocolat develops from here on in which is unusual for me. As was probably made quite obvious by my automatic love of Yukihira, I naturally gravitate towards more dry or tsundere characters. Chocolat falls into the category of the girl who is the obvious pairing choice who will end up loving him unconditionally with barely any work required on Kanade’s part. That is fine, but it doesn’t make for an overly interesting romantic sub-plot. What peaked my interest though was the fact that the show actually raised a good point, “why are you letting someone like that live with you?” Just because she fell into his arms doesn’t mean he has to keep her,  especially when she eats him out of house and home. I would like for that point to be addressed in a later episode since it is always something that I wondered about these alien characters who always seem to be nothing but a nuisance until the conclusion. 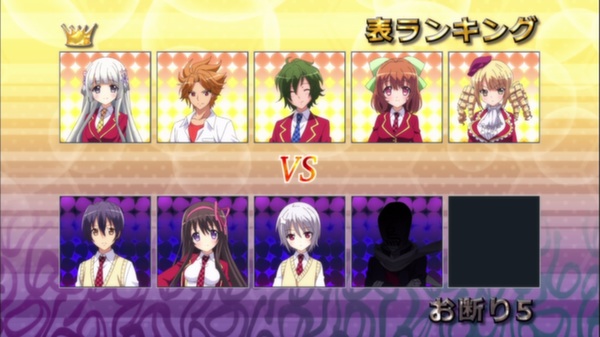 Unfortunately, this was probably the worst episode of Noucome so far with the only big laughs coming when the harem of men chased Kanade and when Yukihira came up with the priceless idea of “Find Gluebert” genuinely putting me in stitches. Yukihira once again coming to save the day with her amazing sense of humour. Next week the competition should begin and I can only imagine that will be gloriously funny. Until then.