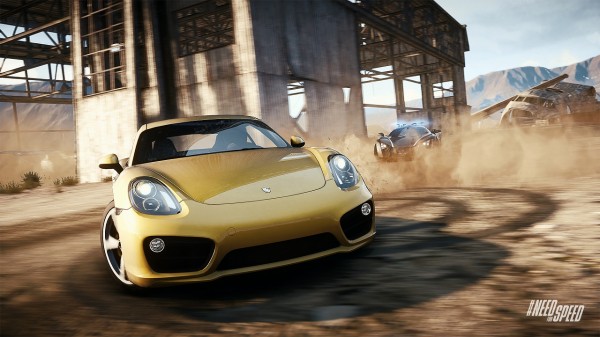 A week ahead of its next-gen release, EA‘s Need for Speed: Rivals launches in-stores today for the Xbox 360, PlayStation 3 and PC (also available via Origin). Powered by Frostbite 3 and featuring the revolutionary Alldrive system, Need for Speed: Rivals is one of the most stunning and seamless racing experiences we’ve ever seen.

Winning numerous awards, including the official Game Critics Award for “Best Racing Game” at E3 2013, Need for Speed: Rivals has been labelled by many as an impressive entry in the franchise with its distinct career experiences as either a racer or a cop. Marcus Nilsson, Executive Producer, Ghost Games, had this to say about the title;

At Ghost Games we were given the keys to the Need for Speed franchise to bring new energy into the genre and we’re doing that with AllDrive. Thanks to AllDrive, players can create their own organized chaos, going from driving alone to being in an all-out chase with their friends at an instant. These unexpected moments create the ultimate edge-of-your-seat experience, and this is the direction our team wants to take racing games in the next generation.

Check out the launch trailer here and race in-stores and secure your copy now. For next-gen adopters, the wait is short – rev up your engines in anticipation for November 28, and you’ll be taking part in the ultimate street rivalry before you know it.