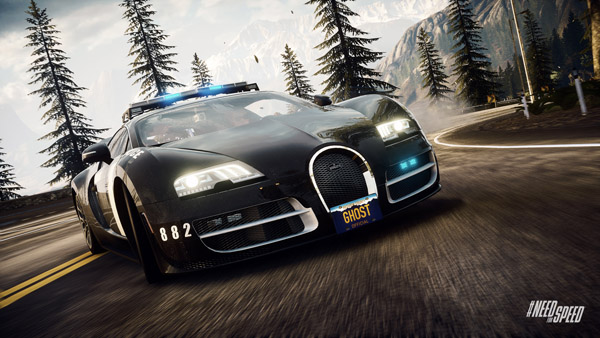 Firstly for those who aren’t aware, Need for Speed: Rivals places you in the role of either a street-racer, or a cop. Each has the same fundamental gameplay mechanics that will feel familiar to anyone who has ever played a racing game in their life. However, while they may look and feel the same, each of the two rival factions has very different goals and objectives to fulfill; street racers are out there to live life to the fullest and prove who is the best in the country, while the police are the tough-handed, no holds barred law enforcement aiming to stop the dangerous antics of the racers no matter the cost.

Racers compete in race-based objectives such as single head-to-head match-ups, time trials, and races with multiple other challengers. Completing these tasks earns you SP, which functions as the game’s currency. The SP you earn allows you to buy better cars, as well as fine tune and customise the look and feel of your ride. However, the police are constantly on your tail, forcing you to outrun and out maneuver squads of the boys in blue to safely accrue your SP. SP is used by racers in order to buy new cars that you have unlocked, as well as to modify the paint, livery, and specs of your fancy new rides. Everything from body strength to overall speed can be improved. 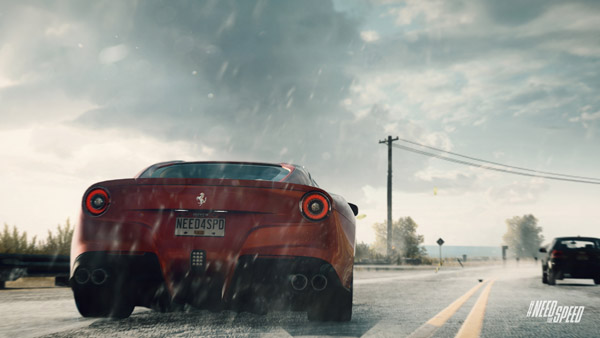 If you are busted or your car is completely totaled before you can make it back to your hideout, any SP you have accumulated during that session is lost forever. This creates a very real risk vs reward system for the game. The longer you are out racing, you will earn more “heat” which relates to how much attention you are attracting. The more heat you have = the more SP you earn, but it also increases the ferocity and number of police that will try to hunt you down. There is the constant struggle of “do I return to the hideout now, or make it through one more race for the big reward.”

Officers have a very different career goal – to take out any racer they see, with extreme prejudice. Cops start with three different vehicles, which you can pick and choose between to best suit your play style. Unlike the racers, officers don’t have to buy their new cars, as they are simply unlocked as you progress through the missions. However the drawback is that you can’t customise or improve on them.

When out on the roads, the cops still drive the same way as the racers, but their actions and goals tie into the theme of catching and stopping the racers. Instead of time trials, the officers have  where they have to reach a specific point as quickly as possible. The majority of their missions however involve epic high-speed car chases with the racers, and damaging their cars enough to put them out of commission. If you aren’t as much of a racing game fan, then this campaign may be more appealing. I had a blast tearing down the streets at 167mph, and T-boning racers who were unlucky enough (or stupid enough) to cross my path. 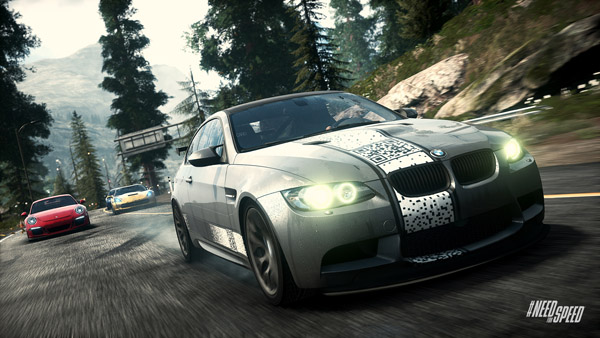 Starting a race, or a pursuit mission is simple enough. When you are near enough to another player (be they online, or AI) simply tap the L1 button to trigger the event. If you are a racer challenging someone else, then they have to press L1 to accept the challenge, however if you are a police officer then hitting L1 switches on your lights and siren, and the chase is on.

That brings me to what is one of the coolest online multiplayer features I have ever seen in a game; AllDrive. AllDrive seamlessly blends single and multiplayer together. When connected to the internet, you will be immediately placed in a game with other players. You don’t have to interact with anyone else if you choose not to, and in essence the other players are glorified NPCs.  I personally have never been much of an online gamer, but I really dug how AllDrive works, and can see it becoming the staple of online environments for the next generation and beyond. 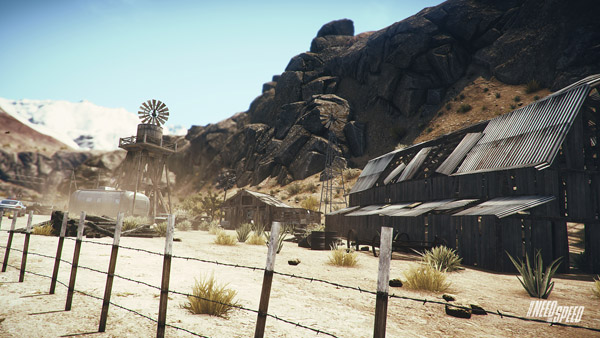 While a lot of racing games try to emulate the racing sport as closely as possible, Need for Sped have always stuck to the arcade style, street racing fantasy that many of us have, and Rivals is no exception. The cars handle smoothly and turn (and even drift) exactly how and when you want them too. It doesn’t take long before you feel like you are an absolute professional racer when playing this game.

In addition, the game includes ‘Pursuit Tech.’ Pursuit Tech is available to both the cops and the racers, and allows you to deploy weapons or other gadgets to quickly get away, or lock down your opponents. Initially I was skeptical, and thought that it might add a Kart-Racing feel to the game, but I was quickly proven wrong. Sure it sticks to the arcade tendencies, but the pursuit tech just seems to fit into the world that they have created in Rivals. Locking down a racer’s car before charging through them with a super powered electro-ram is an awesome feeling, as is dropping tyre spikes behind you, or an EMP land mine.

Playing the game on the PS4 was an absolute treat. Firstly and foremost, the game runs at an incredible 1080p, 30fps and looks absolutely gorgeous. The cars all shine, and are made to look so real that it is almost like they are jumping out of the screen at you. On top of that, the particle effects from the Pursuit tech are all bright and vibrant and really a joy to look at. More subtly though are the little things – the leaves blowing across the road, and the way that fences and posts crumble and break as your car hits them that really shows what this next generation of consoles will do visually. 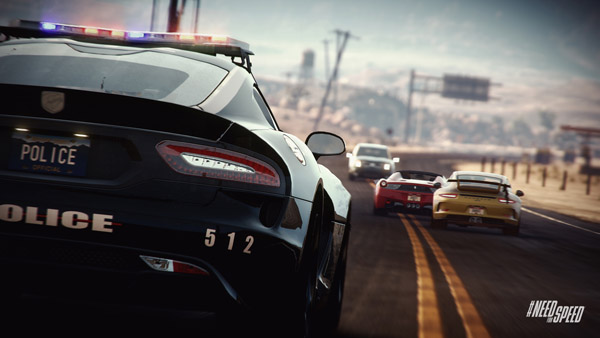 One last quick thing that I noticed when playing on the PS4 was that the light on the controller would change colour to denote which of the two factions you were on. It is a small thing that in no way impacts on gameplay, but I really liked the effort that was put in just to make it happen.

Need for Speed: Rivals takes a lot from its predecessors, and combines them all to make something great. If you are a die-hard racing fan, or someone who likes to ram rev-heads off the road then there is something here for you. I am not a big racer myself, but I can’t wait to get my hands on more of this game when it launches on next gen consoles in the coming weeks. Just remember to stay tuned to Capsule Computers for all the Need for Speed news as it becomes available.

Need For Speed: Most Wanted Interview with Producer Leanne Loombe