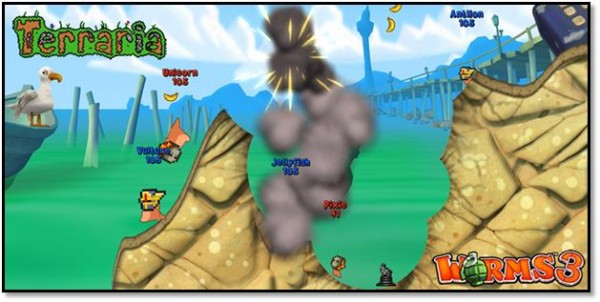 Worms 3 received an update in time for Halloween today. The game received new customization content from the popular 2d platformer Terraria including the Molten Helmet, The Top Hat, 4 new gravestones, and a Terraria themed speechbank. Additionally, eleven Halloween customization items have been added to the game. On the technical side, players should see improvements to the Asynchronous Multiplayer mode along with a variety of bug fixes and optimizations.

Worms 3 is the latest in Team 17‘s long running strategy franchise. Worms 3 was designed with mobile platforms in mind. It features 30 single player missions and four classes of Worms. It is available for iPhone, iPod Touch, and iPad for $0.99 on iTunes.

Play “Worms with Friends” on iOS

Worms Battlegrounds Coming for PlayStation 4 and Xbox One