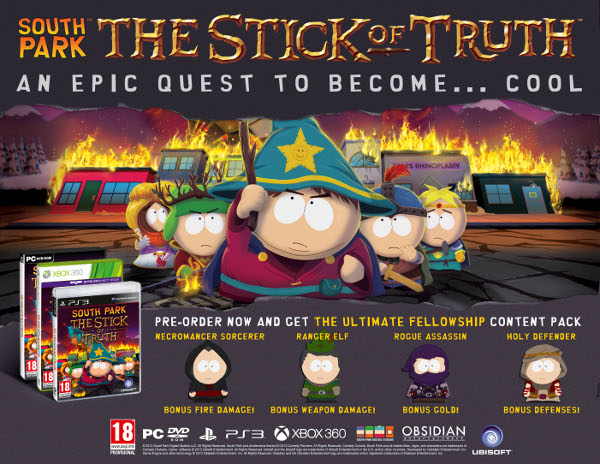 It looks like Ubisoft and Obsidian Entertainment are getting prepped for the release for South Park: The Stick of Truth in December as they have just announced the preorder bonuses that players will be having to choose from. With two different sets of preorder bonuses, split between retailers no less, those wanting to get exactly the bonuses they want should pay close attention.

The first preorder bonus is the “Ultimate Fellowship Pack”, that in the UK is available at ShopTo and includes: 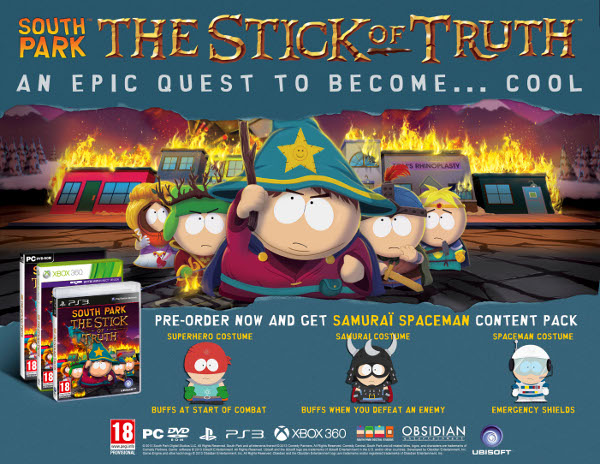 The second preorder bonus is the “Super Samurai Spaceman Pack”, that in the UK is available at GAME and includes:

Those outside of the UK will have to check their local retailers to see which preorder bonus they will be offering or have the option to get BOTH preorder bonuses when purchasing South Park: The Stick of Truth from the Uplay shop. Not to mention The Grand Wizard Edition with it’s own set of exclusives. 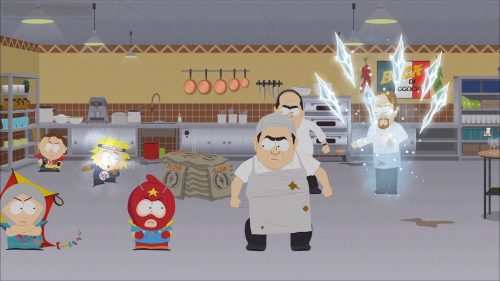