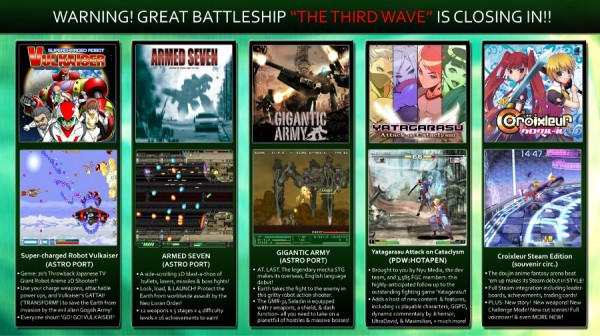 Nyu Media has just announced their upcoming line-up for Winter – Spring 2014, which features a total of 5 , so let’s waste no time and look at what’s on the way.

Overall, five great looking games making their way onto PC via Steam and other digital distributors for Spring 2014.

The eXceed Collection Comes to Steam