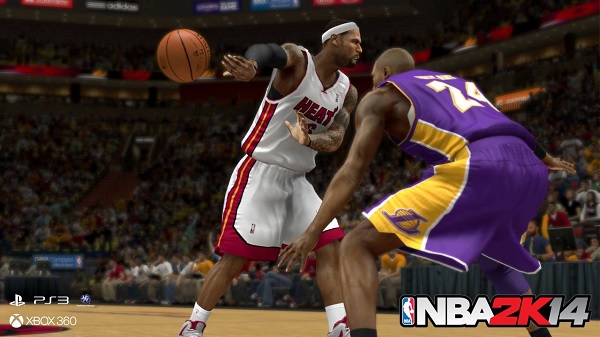 Today the television commercial for NBA 2K14 was released and I should know, I saw it at least ten times while watching sports earlier today. Anyways, 2K Sports has released the commercial online as well and you can check it out below. For those wondering, the accompanied song is “Step Into a World” by KRS One.

The footage of the game is said to be from the PlayStation 4 version of the game, though it is also coming to the Xbox One as a launch title and current generation consoles on October 1. For those who don’t know, anyone who pre-orders the game will also be able to get the King James bonus pack when the game is released.