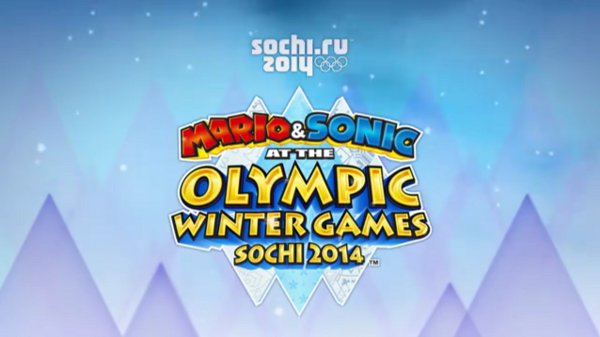 Since Mario & Sonic will be representing the Olympics again for next year and since the time is drawing closer and closer, Nintendo has released a gameplay trailer showing off some of the events that players will be able to compete in as their favorite Mario or Sonic character.

Starting off with a nice panorama of the characters that will be competing in Mario & Sonic at the Olympic Winter Games Sochi 2014, players will be glad to see that it is a pretty wide selection from both properties. Then from there the trailer goes through to show off the variety of events that are available, from snow boarding and skiing, to hockey and figure skating. Plus, there will be dream events to take on and players can finally compete in online multiplayer.

To see all these different events and characters competing be sure to check out the gameplay trailer embedded below. Mario & Sonic at the Olympic Winter Games Sochi 2014 will be releasing in November for Wii U.