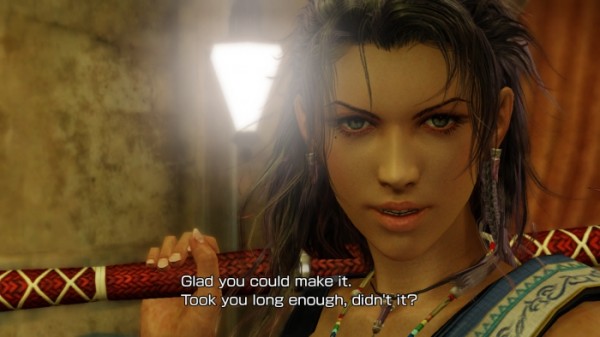 Lightning Returns: Final Fantasy XIII will see the return of more characters than just the titular Lightning, which will be even more apparent with the new screenshots that Square Enix has just released today just one month before the game releases in Japan. The character shown to return this time is none other than Fang, whose been searching the Dead Dunes for a relic when she meets up with Lightning again.

Also revealed with the reappearance of Fang, it the new EP Ability: Escape that allows players to escape from a battle and then re-prepare to take on the monster again. Those wanting to see the full-sized versions of the new screenshots can view them by clicking on the images in the gallery below. Lightning Returns: Final Fantasy XIII is set to release in less than a month in Japan, but not until February 2014 elsewhere for both Xbox 360 and PS3.