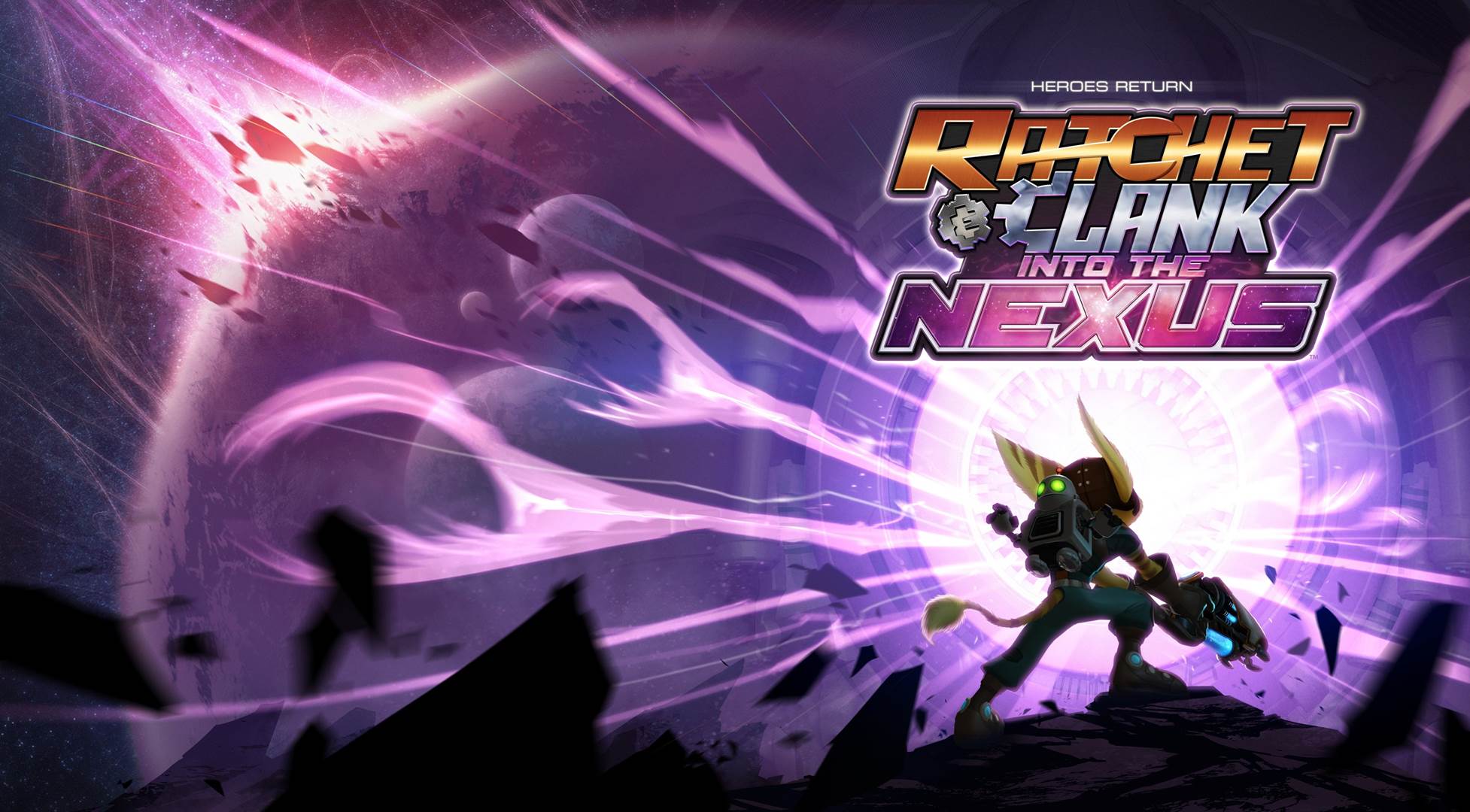 Once more unto the breach

During EB Expo 2013, I was lucky enough to get my hands on the latest instalment in the Ratchet and Clank franchise: Into the Nexus. As the fourth and final instalment of the Future series, the game picks up after A Crack In Time to lead you on another rollicking space adventure.

Everybody’s favourite Lombax is back and this time he’s heading straight into the nether regions…better known as the nexus. You know, censorship and all that. After the four player co-op bonanza known as All 4 One and the tower defence excursion of Q-Force, Rathcet and his robo-buddy clank are returning to their classic formula. With platforming a plenty the duo are, as they always have been, fearful of the countless bottomless pits that seem to plague the galaxy.

The game plays identically to the main series titles that have come before. When I picked up the controller, I immediately threw my wrench into a stack of crates and collected the sweet bolts within. No tutorial needed. The controls weren’t broken in past games, so why fix them now? Furthering their return to the main series is the appearance of some characters who haven’t been seen in a while. Talwyn Apogee is back, passing you order over the space walkie-talkie, probably isn’t called that, along with Cronk and Zephyr. Harking way back to Going Commando, the Thugs-4-Less crew is also around again to get in your way. Though they aren’t to much trouble because of… 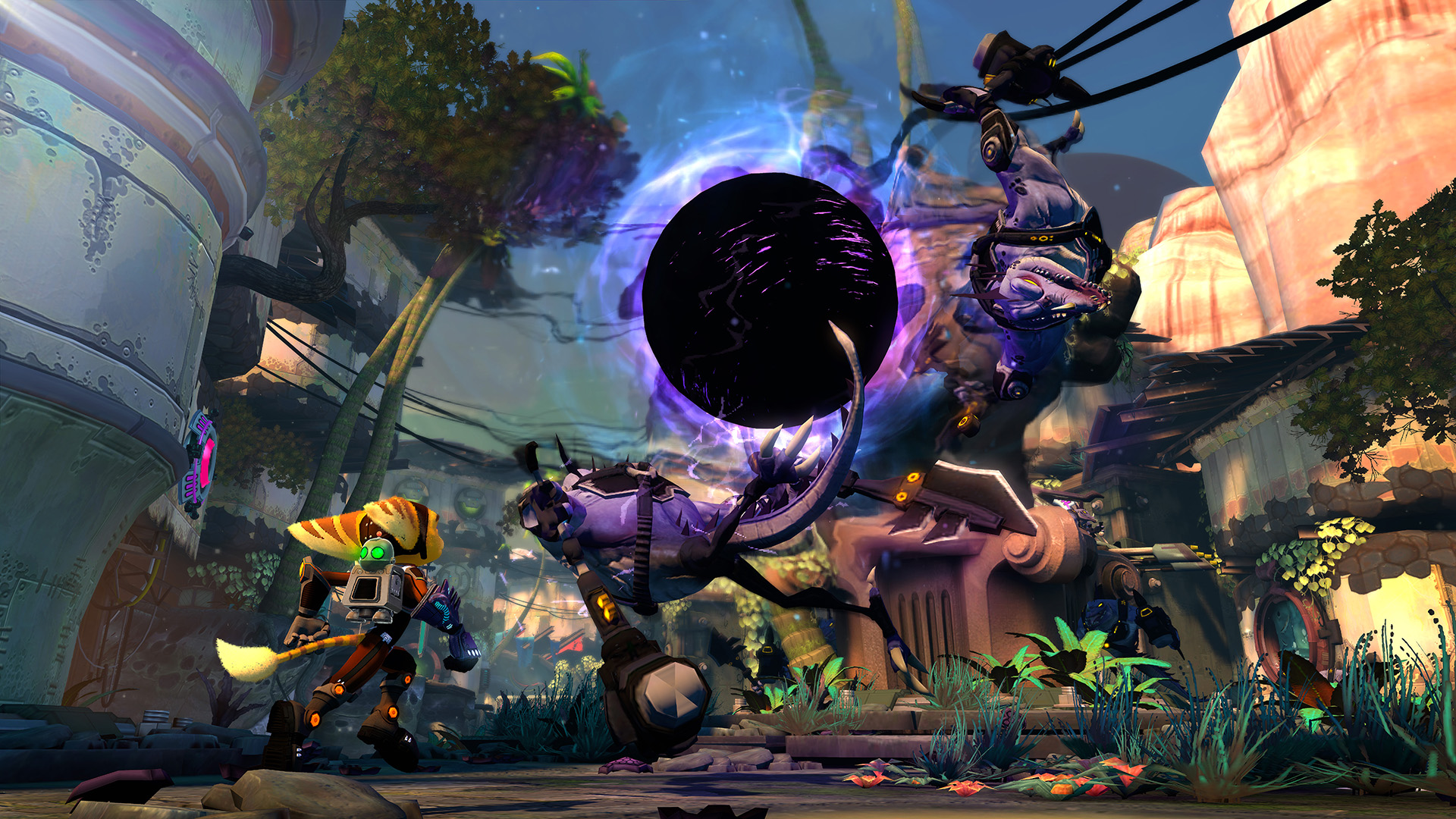 They’re having a ball

Guns. Let’s face it, whenever you play Ratchet and Clank it’s what you want to see. Wacky, over the top, beyond-explanation weaponry that you can turn against your foes. Let me tell you, with what Nexus throws at you, your enemies will be cowering in fear, or shaking with frostbite, or helplessly circling their demise. Following the trend of quirky transformative weapons, this game grants us the Winterizer, which reshapes your target into a festive snowman version of themselves, complete with candy canes. Also joining the arsenal is Vortex Grenades which, upon detonation, release a localised ball of gravity for bad guys to helplessely spin around.

But I digress. The game is called Into the Nexus, so naturally expect the Nexus to come into the gameplay. At certain points in the game, you must scan an area with a flashlight, in search of dimensional anomalies. Once shone at the correct area, it will start to glow purple, indicating a Nether Rift. In these rifts the gameplay shifts to a 2d side scrolling platformer which, as Clank, you must navigate with the aid of gravity powers. Flicking the right analog stick reverses gravity, shifting it so that you now run on the ceiling. Naturally, this becomes progressively more difficult, requiring quick thinking and skill to navigate this topsy turvy world. You must also attract the ire of a Nexus creature by slapping it in the face. Sufficiently enraged, you must lure the creature back to the entrance of the level, without getting hit of course. Completing this returns you to regular gameplay, wherein the wall the rift appeared has now shattered, allowing you to progress. 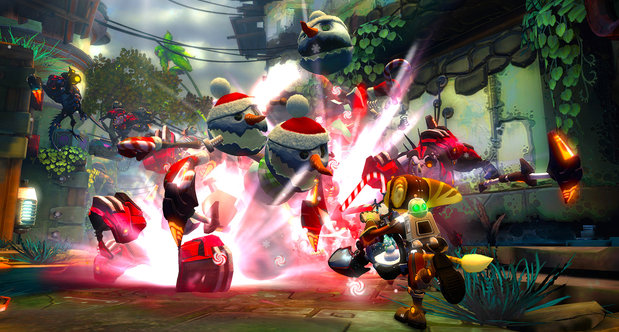 The game also introduces a new gravity mechanic when playing as Ratchet. At certain points in the game, you will come across two purple circles affixed to walls or tracks. Using a new gadget, you must connect them with a gravity tube, allowing you to travel between them. This concept plays out similar to the Excursion Funnels in Portal 2, though unlike Portal, Nexus allows you to determine which way the gravity current will flow.

From what I got the chance to play, this epilogue to the Future series is oodles of old school fun. After their venture into slightly varied styles, Insomniac Games is taking Ratchet and Clank back to the formula that made them gaming superstars. I mean they’re getting their own movie for crying out loud.