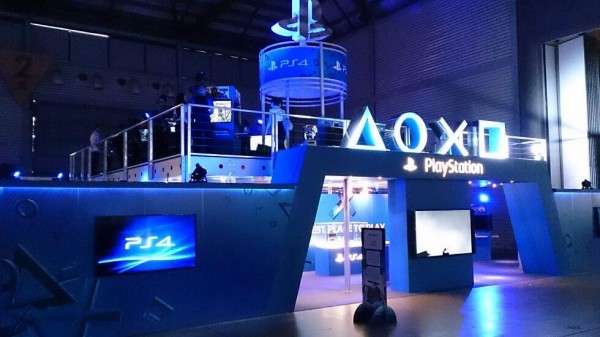 Sony was generous enough to invite members of the press over to their EB Games Expo 2013 booth the night before the first official day of the show to get some hands-on time with their slate of titles across all platforms ahead of the 40,000-odd expected crowd. Of particular note, we played multiple major PlayStation 4 release titles and have some impressions to share. 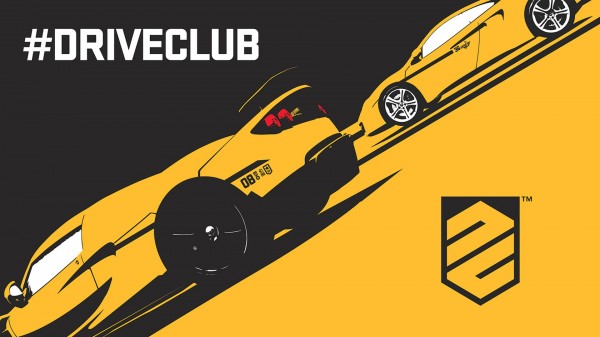 Driveclub: Playing Driveclub allowed me my first look at the PlayStation Camera, which is tiny! It was hooked up expressly for the purpose of taking your picture for use in the local leaderboards. Once you’ve accepted the usage of a photo, the demo allows you a choice of two cars. For me, the options were: the Maserati Gran Turismo MC Stradale and the Mercedes Benz SLS AMH Black Series. Alongside their key attributes, such as acceleration, braking, etc., there was also a difficulty tag, with the Mercedes apparently falling under ‘Hard’, even though I had an easier time handling that vehicle.

Before a race starts, Club Standings are shown to remind you of your friends’ dominance. Club Challenges are also presented for you to attempt to achieve. Overdrives – which are bonus tasks that grant extra rewards – are listed, and Face-offs tell you which main competitive elements you will tackle during a race. For example, throughout the 2 laps, there will be sections where a Drifting challenge is posed to you. At the end of the highlighted section of track, you will be compared to the current leader. They basically add variation and keep the experience as fresh as possible. Unfortunately, I found myself floundering under the pressure.

In regards to controls, Driveclub leans more towards the tuned, realistic “simulation” approach. There was some stuttering at moments, but I put it down to early code. Racing games usually need a lot of varied content/modes to keep me interested though (which is rare nowadays), and even with the intermittent social challenges, I’m not sure if Driveclub would sustain my interest. It may for you PlayStation loyalists though, and if you are a primarily social, multiplayer-focused racing gamer, then Driveclub will hold you over until the next-gen iteration of Gran Turismo. 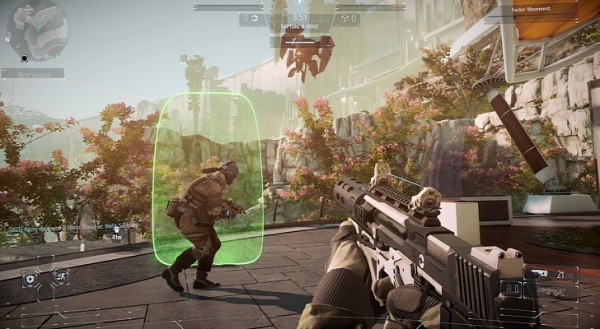 Killzone: Shadow Fall: My time with the PlayStation brand’s lead first-person shooter was very short, as I only experienced a single multiplayer match. Warzones make their return, allowing you to customise your objective-based playlist for any combination of tasks/modes in a given match. We played alternating between Search and Destroy and Capture and Hold. Any multiplayer shooter fan will be familiar with these game types, the former requiring the setting of a bomb at a specified location and the latter tasking a team with keeping control of a checkpoint.

The ability to customise absolutely every single aspect of a match imaginable is impressive and a great appeal. In this entry, there are only three classes available: Scout, Assault and Support. These are very common, well-defined roles in FPS’, and nothing too drastic differs here. Also, gameplay-wise, if you’ve played Killzone 3 at the very least, then you will have no problems picking up Killzone: Shadow Fall and getting into the groove of things quite easily. And it goes without saying that the game looks amazing. 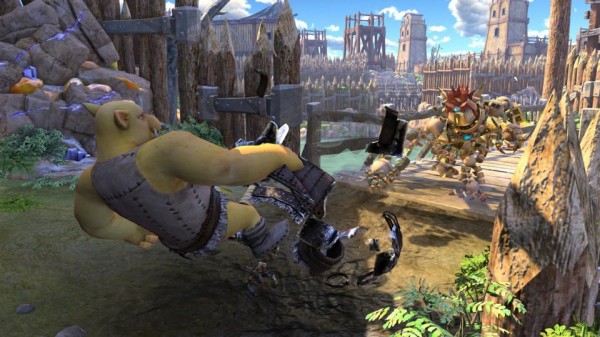 Knack: Now Knack was the pleasant surprise of the bunch; I admittedly had little expectations for what I perceived to be a “kiddy” title. The demo consisted of portions of various chapters throughout the campaign. First up was a look at Chapter 19 – ‘Inside the Fortress’. Here, Knack has very basic attacks and no special abilities as of yet. Surely 19 chapters into the game, he would, but this was probably the particularly easy, opening section of the chapter. The camera is fixed, with the right analog stick mapped for directional dashing. ‘Square’ is your attack button and ‘X’ is jump. Combine the two and you can pull off a Kano-esque rotating ball attack mid-air. Throughout there are yellow crystals which you can break in order to fill up your special attack meter, of which there eventually is 3.

There are also destructible objects and somewhat hidden walls/gates that hold upgrades, pick-ups or unlocks behind them. After getting through the basic goblins – which can be deadly when you are at your most basic form – the demo abruptly fades out and then back in on Chapter 21 – ‘Catacombs’. Here is when the special abilities come into play as you face knights with laser swords, morning stars and more. Executing special attacks is two-staged: press ‘O’ once to initiate and then a second face button, each with their own unique attack. ‘O’ results in a focused shockwave, ‘Square’ with a sustained, tornado-like storm and ‘Triangle’ with a radial blast. Unfortunately, on every usage of a special attack, the game’s framerate suffered heavily. Again, early days… I hope that’s it.

Absorbing wood found across the levels, Knack gets bigger and attains more health, although every non-defended hit cuts Knack down a peg, sometimes literally. Chapter 31 – ‘Heavy Machinery’ introduces more platforming and timing-intensive elements. Eventually, we get to Monte Verde where ‘Tanks and Planes’ is the name of the game. Knack starts off huge in this part of the demo, out on the streets, scaring civilians as he stomps through. As the title suggests, your adversary becomes that of a higher-powered variety. In his enlarged state, Knack can pick up numerous heavy objects – including tanks – and hurl them. If the demo is any indication, Knack will provide players a widely progressive and evolving experience. Simple, yes, but fun. And we didn’t even scratch the surface of the puzzle component. 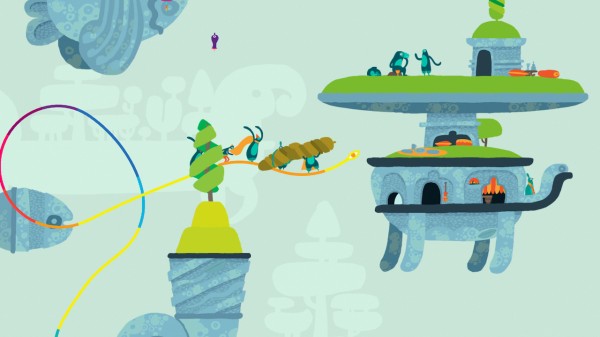 Hohokum: Honeyslug’s explorative indie title Hohokum is calming, for sure. But I had absolutely no idea what I was doing, and have no idea how to accurately describe it. The developer has previously stated that it is all about relaxing in the space and enjoying the musical, colourful experience. There were three worlds available to explore in the demo: ‘Lamp Lighting’, ‘Kite Village’ and a steampunk inspired world. The gameplay is simple as you control the ‘Long Mover’, interacting with objects simply by brushing by them. You can speed up or slow down, and despite my disorientation, there is a core objective in each world.

Apparently, the lightbar on the Dualshock 4 changes colour to reflect the level, although I don’t know what purpose that serves when it is so imperceptible. In the end, this type of game is best experienced at home, with good noise-cancelling headphones on. During a loud, crowded industry showcase, it’s hard to be engrossed with such an artsy (oh no, I said it!) title that promotes a state of serenity and tranquility. However, Hohokum certainly has the capacity to bring a little peace and joy to your lives when it releases later this year for the PlayStation 4, PlayStation 3 and PS Vita.

We’re seeing a good spread of genres covered for the launch window of both the Xbox One and PlayStation 4, so there should be something for everyone. It was a bit disconcerting to experience performance issues, but what is important to keep in mind is that the consoles on-hand at the show are dev kits and the gameplay is of early code, across the board. Although, I personally haven’t experienced these issues with any Xbox One games. Take that for what you will. Either way, this November/Holiday Season is going to be very interesting.

Driveclub to Finally Pass the Finish Line on October 7