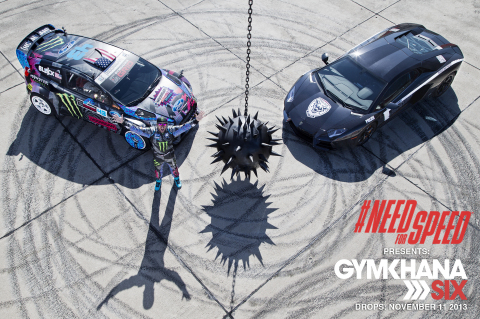 Today marks the day that action sports and internet icon Ken Block partners up with Electronic Arts as a Racing Advisor for the next string of Need For Speed games. Block has a great deal of knowledge in the field of professional racing and vehicles in general so it’s only natural that a company like EA would go searching for someone of his calibre to join a team like theirs in the hopes that they can make their games, not only more realist, but more enjoyable for the years ahead.

Having Block’s insight into the racing world be part of the game’s development is such good news for fans of the game and fans of racing in general, with this addition to the Need For Speed team you can be sure that they will be reaching for new heights and that NFS will be at the top of it’s game for a very long time. The franchise is also sponsoring Block and his Ford Fiesta ST 2013 and will be working along side him for the release of “Gymkhana SIX” which is the next instalment of the viral video franchise which will be released via both YouTube and the Need For Speed website.  This is a great time for both racing and gaming fans.