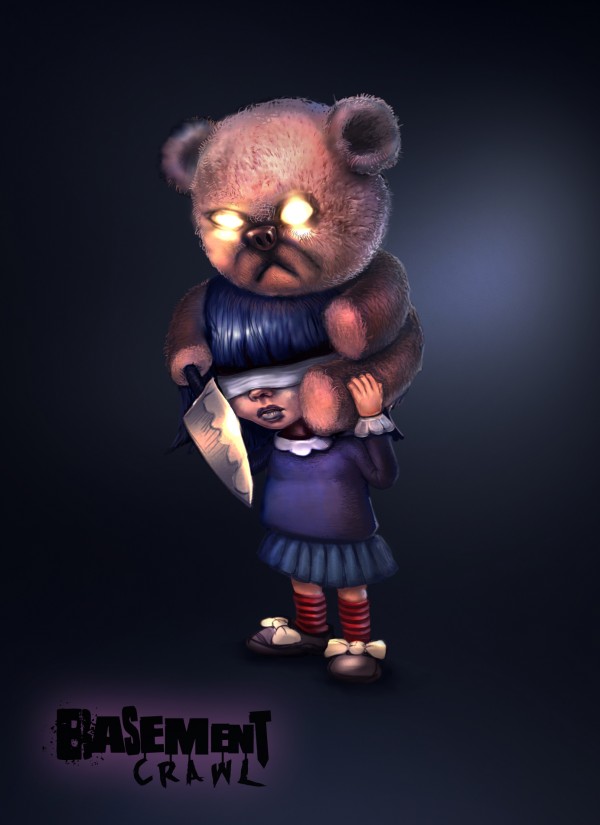 Krakow, Poland based indie developers Bloober Team has announced their upcoming PlayStation 4 launch title Basement Crawl. The game is described as a cross between Bomberman and Spy vs. Spy. Little information has been released beyond the expected release date that will coincide with the PlayStation 4 launch window.

In the mean time, Bloober Team has released a few terrifying pieces of artwork for Basement Crawl in time for Halloween. The art depicts a murderous teddy bear and its blindfolded owner and an evil clown baby. More information about Basement Crawl, including details about the game,screenshots, and teaser trailers, will be released in the coming days. 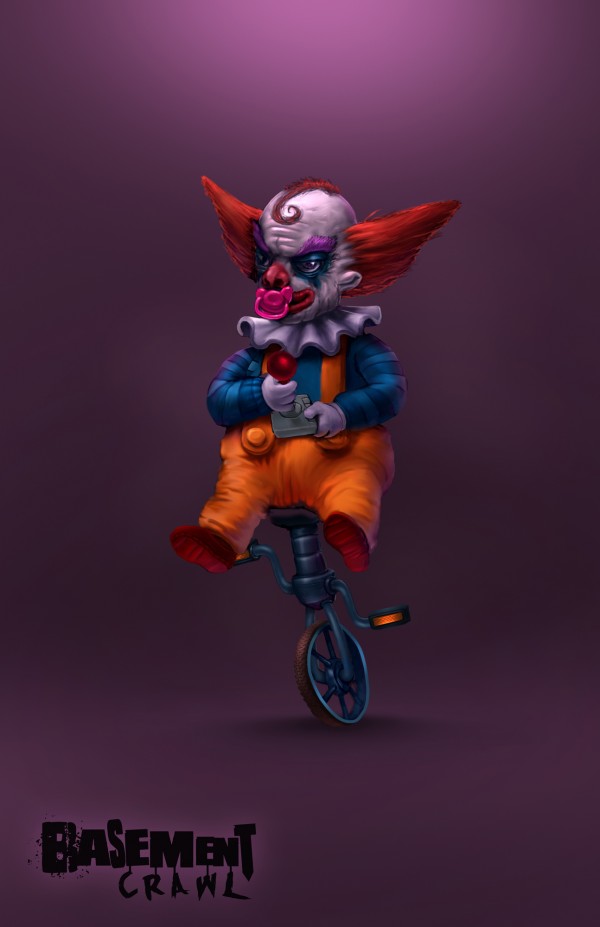