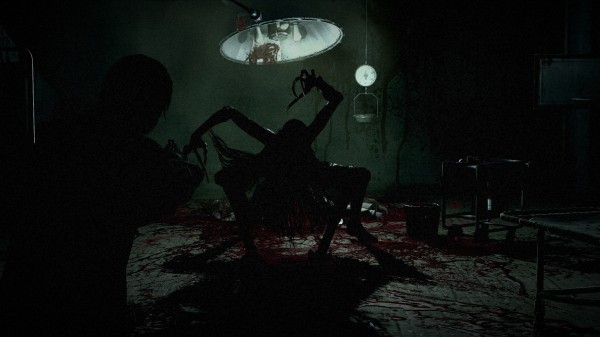 The Evil Within isn’t due to come out until next year, but it still had something to show off at Tokyo Game Show 2013. Coming from publisher Bethesda and developer Tango Gameworks, The Evil Within is a survival horror game from the father of the genre Shinji Mikami, which the trailer released at TGS makes sure to point out.

While in fact titled Psycho Break over in Japan, the difference in name doesn’t change how unsettling the video depicts the game as, starting off at a crime scene with police cars, but no officers or weapons in sight. From there the video flashes through a whole host of scenes with the main character avoiding and witnessing a number of unnerving situations, even including that horrifying woman spider from the last bout of screenshots.