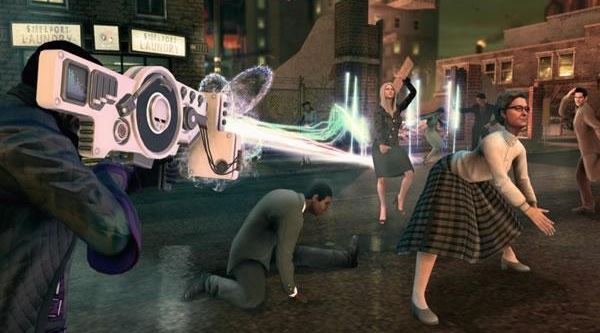 Those of us who grew up in the 90s likely remember how terrible some of the old infomercials used to be. Hell, some of them today can be even worse. But if they had been stylized like Deep Silver‘s latest trailer promoting Saints Row IV‘s latest piece of DLC then maybe I would have paid attention to them.

Where was I? Oh the DLC. Right. Today the Dubstep Gun Remix Pack has been released as DLC for Saints Row IV and it adds the ability to shoot Classical, Death Metal, Polka, and Swing music at your enemies. The DLC costs $2.99 and is out for every console the game is available on, our review of the 360 edition of the game can be found here, but before you pick it up at least check out the video below as it is one that shouldn’t be missed.