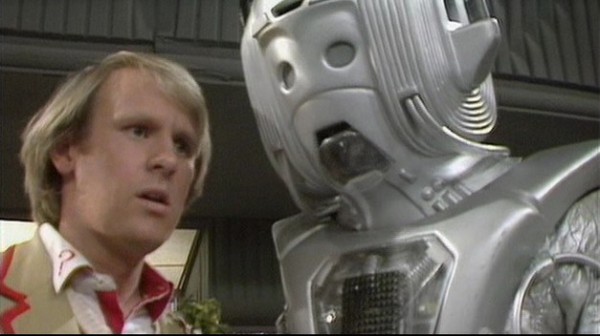 “Doctor Who” fans had several reason to be excited while at Atlanta, Georgia’s Dragon Con, one of the most enticing ones though would have to be the fifth doctor himself, Peter Davison. Headlining not one, but two panels himself as well as co-hosting a celebration of the last fifty years of the show with Seventh Doctor Sylvester McCoy, Mr. Davison shared a plethora of stories and experiences from his life as the Doctor as well as his other works. 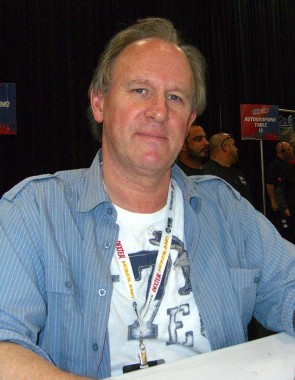 One of the panels was particularly special because this writer not only got to attend, but they had people get up and participate in the panel to get a unique twist on the standard questions he is usually asked. He shared secrets of his craft as well as kept the room in stitches with his humor which was prevalent the entire time. He revealed some secrets from behind the scenes of his TARDIS, including that his natural humor was all but banned from his persona due to wanting a direction shift from the humor of the Fourth Doctor Tom Baker into a more serious sci-fi show as well as the fact that his role in “Spamalot” was due to one word (his talent probably didn’t hurt either). He also talked about recording some upcoming audio adventures as the Doctor and sang his praises for upcoming 12th incarnation Peter Capaldi whom he says is an amazing actor. Mr. Davison, in a bit of a surprise statement, said that he believed that American drama shows have surpassed his native country’s entries in the genre.

As a gracious guest and showman he treated all his fans, including this lucky person, with respect and his full attention no matter who was speaking with him. His musical talents were also brought to the forefront during the “50 Years of Doctor Who” panel as a surprise treat for the audience which saw him playing guitar while Sylvester McCoy played along on the spoons for a truly unique experience. Dragon Con was without a doubt a more fun place with Peter Davison there, and only helped boost excitement for the past as well as future of “Doctor Who”.