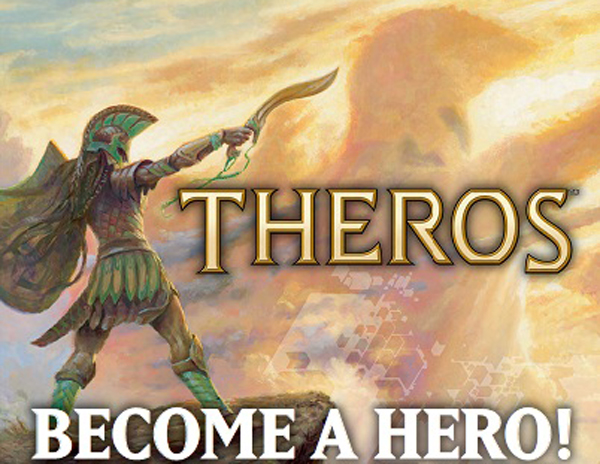 This weekend marks the prerelease for the latest Magic: The Gathering set; Theros. Theros is heavily inspired by Greek Mythology and in celebration of that fact, the guys over at Wizards are offering a unique gameplay experience for all players. Starting with this weekend’s prerelease, players will be able to embark upon the Hero’s Quest. Along the way they will face terrifying creatures and overcome the odds to have their names forever etched into the Hall of Heroes.

Since this is such a grand undertaking, I thought I would break down the Theros Hero’s Path will operate. The Hero’s Path itself is broken down into 9 different stages, the first 3 being playable as part of the Theros release, the next 3 will be part of the Born of the Gods set, and the final 3 will take place around the time Journey Into Nyx (and the completion of the Theros block) is released.

This weekend, September 21-22 will be the official Prerelease for the Theros set. During this set, you will begin on the Hero’s Path by choosing which path you want to take. There are five paths to choose, each corresponding with a Magic: The Gathering mana colour. The paths you can take are;

After picking your path, you will be given a Hero’s Pack containing your cards. In addition, each path offers a different Hero Card. These Hero Cards correspond to your Hero’s Pack will help you on the later stages of your quest. For more information about the prerelease, including what you will receive in your Hero’s pack click here. 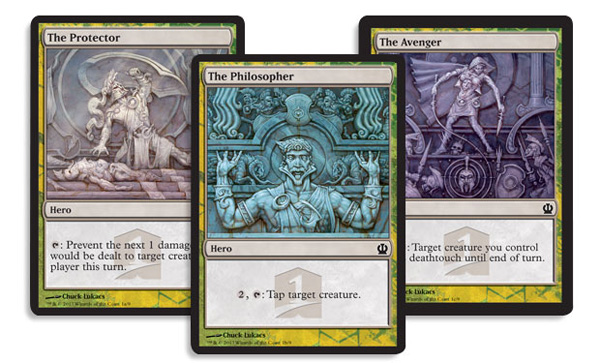 The Hero Cards for the Paths of Honor (The Protector), Wisdom (The Philosopher) and Ambition (The Avenger) 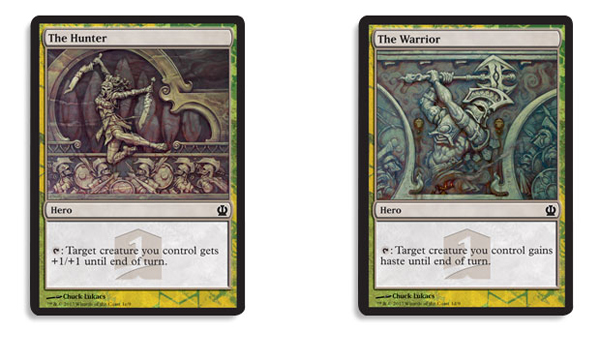 The second step along the hero’s path is the official release day for Theros. Friday September 27 is the day that Theros cards can be officially played in sanctioned tournaments, starting with the weekly Friday Night Magic (FNM). Players who attend the launch weekend tournaments will have the chance to complete a puzzle that will be in-store on that day. Players who complete the puzzle will earn their second Hero Card, and be one step closer to becoming a true hero. As a little bit of a spoiler, I have thrown up the poster that you will see in-stores during that weekend, so you can try and figure out what it all means. (a little hint; it is to do with a creature in the Theros set). 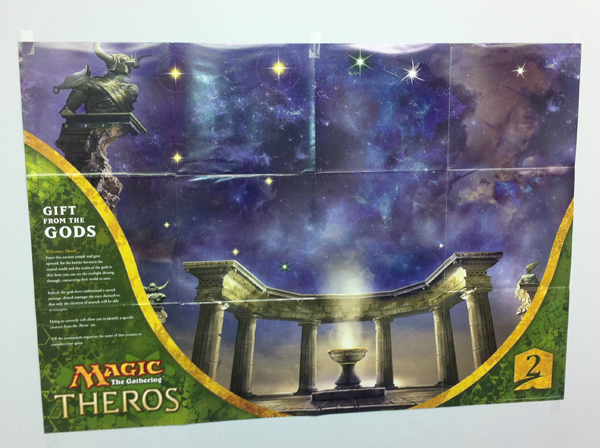 Every new set of Magic brings with it a Game Day tournament. The Theros Game Days will be held on October 19th-20th. However, in addition to normal tournaments and gameplay happening, players will have the chance to complete the final step in the Theros Hero’s Path; by facing down a terrible Hydra.

The Hydra is a boss fight for players, who using their standard deck will do battle against a pre-made Hydra deck that is designed to run itself. The goal of the battle is to destroy all of the Hydra’s heads before they can kill you. This boss fight will not be easy, so to help you along your way, you will be able to use the Hero Cards you have collected along your journey (no more than two can be used in the battle). So make sure you prepare your deck, and face your fears as you stare into the eyes of the soulless Hydra.

After you have slayed the fell beast, you will heave earned your third Hero Card, and have officially completed all of the Theros Hero’s Path Quests. You can take your well deserved rest until February 2014, when the Born of the Gods set is released, and the 4-6 steps along the Hero’s Path begin. 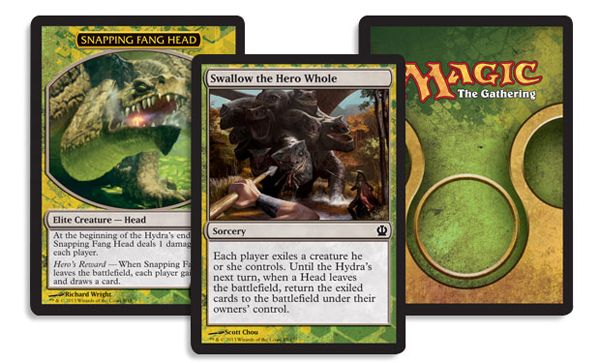 So there you have it, The first three steps along the Hero’s Path. If you can’t make the prerelease, or any of the events for that matter, don’t worry as you can start the Hero’s path from wherever you choose. It helps to attend all of them in order to build up your collection of Hero Cards, and players who complete all nine quests will receive additional prizes from Wizards.

Will you be attending the prerelease? What about completing the Quests along the Hero’s Path? Let us know in the comments below, and if you haven’t done so, then check out our review of the Xbox 360, PS3, PC, iPad and Android game; Magic 2014: Duels of the Planeswalkers. Always remember that for all the Magic: The Gathering news as it becomes available, stay tuned to Capsule Computers.

Celebrate this Weekend with Magic the Gathering