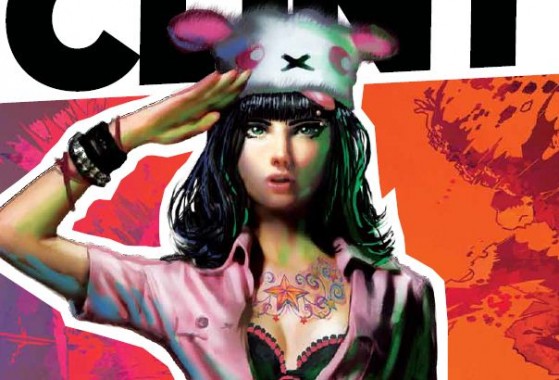 Monty Nero is the co-creator (alongside Mike Dowling) of a brand-new comic book series called “Death Sentence” which follows the shortened lives of three teenagers who are carriers of a strange yet special STD that gives them only six months to live yet also grants them odd powers. Death Sentence is published by Titan Comics and thanks to them we here at Capsule Computers were able to have an interview with Monty Nero himself who writes the series.  If you’re a fan of comics I don’t doubt that you would have heard of “Death Sentence” over the past few months and I can be sure that we won’t stop hearing about it for a very long time, in the good way of course. Mr. Nero and I spoke about the comic itself as well as his all around work, read on for the full interview.

CC: Let’s start from the very beginning: Have you always been into comic books both as a fan and as a creator?

Nero: Yeah, from very young. I used to love Asterix as kid, copying the drawings and reading it with my Dad. I was always drawing comics growing up.

CC: How did you initially breakthrough into the comic book industry, what was your big defining moment?

N: As a writer deciding to self publish Death Sentence was the key moment. Everything sprang from there: Mike coming on board, then Titan on the publishing side.

CC: How hard (or easy) is it collaborating with another person? Do you and Mike Dowling constantly clash creatively or are you mostly on the same page when it comes to story structure and design?

N: It’s as easy collaborating with Mike as it gets. We have creative disagreements sometimes but it’s never life or death. As long as you remember the good intentions of the other party you can’t go wrong. 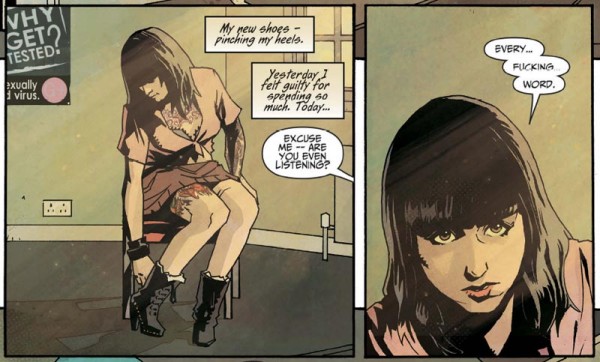 CC: How did you and Mike Dowling first come into contact? What sparked what would be the start of an incredible comic book series?

N: I met him at a comic con, and was fantastically impressed with his work. Then we got chatting and one thing naturally led to another. I was very lucky he chose to draw this instead of something more traditional.

CC: Now I’ve read enough interviews with you to know that the idea of “Death Sentence” spawned from your wife’s pregnancy and how people explained it to you. What I want to ask you is: What were some things that inspired the characters in “Death Sentence”?

N: Good question. Verity is largely me struggling to be an artist. A lot of Weasel is based on the time I spent on the distant fringes of the music business in Camden. And Monty is based on my observations of crazy showbiz behaviour and celebrity culture, which seeps insidiously into all our lives like John Carpenter’s Fog.

CC: Can you take us through a little bit of what your writing/creating process is like? Do you allow your mind to wander until a great idea or piece of dialogue comes along or do you focus until you reach that same outcome?

N: I’m very organic. At the start I just riff round an idea and throw moments together in a very relaxed way. Then I go through it and pick out the golden nuggets. I only work the best ideas up, and if they impress me sufficiently I start to plan out a proper plot. Then it gets very precise, planning scenes out on cards and shuffling them around until the story really motors. Each card has a short description of every scene, and the writing process is simply taking those cards, imagining how it happens, and writing it down. It would drive some people nuts, but it works for me.

CC: In “Death Sentence” is there any particular reason you chose these semi-normal teenagers to be the main characters? Does it have anything to do with the fact that you chose for the disease to be an STD?

N: That was the idea from the start, to write about life as we know it. I wanted something everyone could relate to, albeit in an extraordinary situation. It feels fresh and exciting. 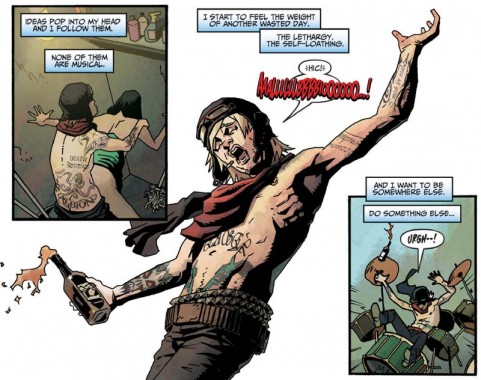 CC: I love the premise of “Death Sentence”, it’s so different and unique and I have t ask you: If you had superpowers and only 6 months to live, what would you be doing?

N: I’d use my super speed to churn out graphic novels of staggering profundity and sophistication, and then get drunk with my wife.

CC: As an aspiring comic book writer myself, what would you have to say to people like me who want to get into the industry?

N: Create your own comics. Don’t copy anyone else. Find the emotional truth within yourself and write about that. Listen and learn from feedback and stay humble.

CC: So what is next for Monty Nero? Have you got any other ideas you plan to put into motion (or have already done so).

N: Doing the covers, and the scripts, and the bonus material for Death Sentence been taking up my time. There’s a 5 part series in the back of every copy of Death Sentence, a Guide to Making Your Own Comics. It’s full of practical advice and its about 3500 words each issue. I’ve got two more of those to write and a couple more special features to make, and then I’m all done. The floppy comics are full of stuff you won’t be able to get anywhere else. And there’s five different covers for issue 1 to choose from too. But yeah, I’m working on a few other projects too. Watch this space!

I would like to give a special thanks to both Monty Nero and Titan Comics for organising and allowing us the time to have this interview. It was a pleasure to be able to speak to Mr. Nero and we’re all very excited to see more of his work in the near future. Thank you!