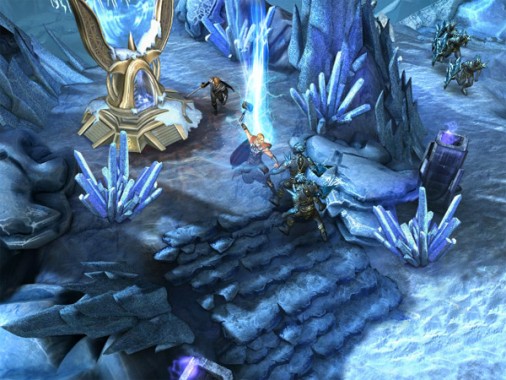 The Mighty Thor is coming to our phones and tablets!

It seems like forever since we last saw Gameloft‘s teaser trailer for Thor: The Dark World, but now Gameloft has unleashed an official trailer for the movie tie-in game. This isn’t the first time Gameloft has worked with a Marvel superhero with both Iron Man and Spider-Man also getting mobile adaptations as well. Coming to smartphones and tablets this November, Thor: The Dark World’s gameplay appears to have various similarities to previous Gameloft titles such as Dungeon Hunter and Hero of Sparta, but I suppose we’ll have to wait and see for the final result.

Check out the the trailer for Gameloft’s Thor: The Dark World below!