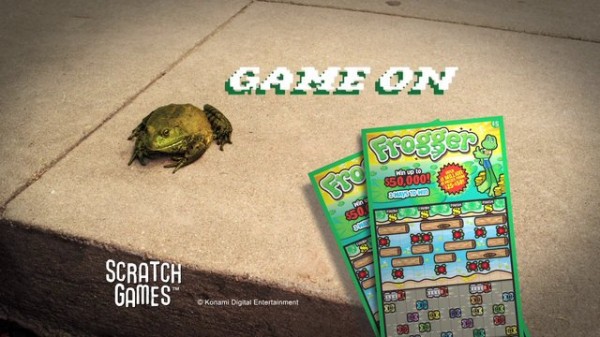 So Frogger has been around for a very long time. Konami‘s had the game on everything from the iOS to the oldest of game systems and arcades, but now it appears that the company is going to take it to an entirely different platform.

A physical platform where people who simply can’t get enough of the frog and gambling of course. Today it has been announced that the New Mexico Lottery is going to be adding a scratch off ticket which involves the player trying to reveal the frog, and then scratching various arrows to try and get the frog to its home without getting killed. The tickets will be sold at $3 and can have a top prize of $25,000.