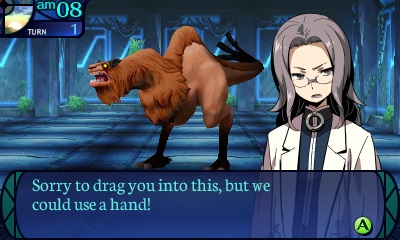 Today the demo for Etrian Odyssey Untold: The Millennium Girl was released onto the 3DS eShop in North America. This demo includes the first two floors of the game’s first story mode dungeon as well as the cutscenes and dialogue between the characters which will happen on these floors.

Atlus has said that any progress made in the demo will be transferred over to the full game when it is released on October 1st. To go along with the demo’s release the company has also released a few screenshots and a new trailer showing Simon Yorke who plays the Medic class in the game’s story.