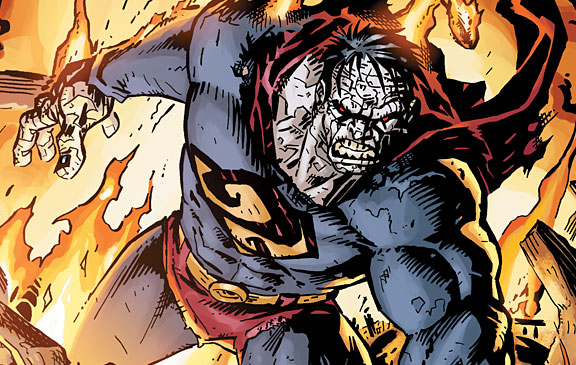 Here we are again for another round of CC Comic Zone, the place where we come to talk about all things Comic, Manga, Graphic Novel and anything within Illustrated Media. In this CC Comic Zone I want to talk about the Evil Counterparts of our favourite heroes and main characters. I’ll explain why I like the idea of Evil Counterparts within story-lines and why I feel like they should be in every, if not most, Comics, Mangas and Graphic Novels. Now without further delay, let us begin!

Every good protagonist has a fairly similar antagonist to “almost” best them in every way, I say “almost” because it’s not often that we’ll see these types of characters win against the heroes. This is an extremely old trope that you’ll notice within a great deal of western comics as a separate character that the protagonist will have to fight against, for example; Superman and Bizarro. That is the most purest form of this trope in my opinion. We see it so much yet I don’t believe audiences have gotten sick of it because writers seem to find different ways of having them in their stories without it getting to cliché or just down right annoying.  I, for one, happen to like the idea of an Evil Counterpart, they’re always a lot cooler than any protagonist because essentially they’re the same but with more freedom because they’re evil, it also makes for some really cinematic fight scenes which is always a plus! 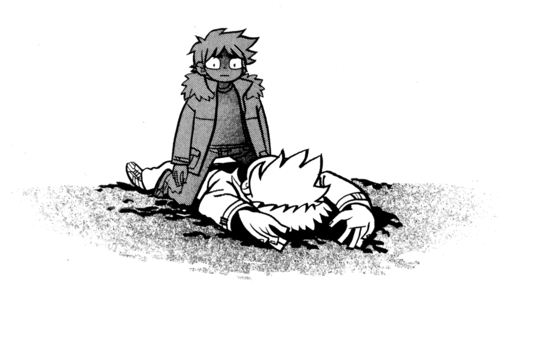 Spiderman has Venom who is basically a bigger, better, more savage version of Spiderman. Now Venom never really “gets” Spidey but he does come close a great deal of the time and that’s because they’re so similar and it stands out more in this example than a lot of others. Because the symbiote we know as Venom was originally attached to Peter Parker, his Spider Senses don’t see Venom as a threat, Venom is just seen as another part of Spiderman so it makes it so much easier for the big guy to sneak up and “attempt” to take the web-slinger down. That’s a very physical example of an evil counterpart. Graphic Novels like Sharknife also use this kind of thing. Sharknife’s, basically, one and only big enemy is OrcaSword. One is red, one is black. One uses a knife, one uses a sword. It’s really fun to see because they’re equally matched which eliminates the whole “protagonist always wins” factor. 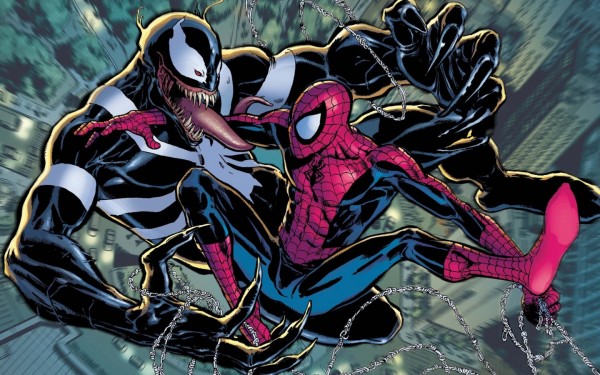 Yes, Western comic writers do use this a lot but that’s not to say that our friends in the East don’t do the same! A lot of Manga have these characters, so many that I probably couldn’t even recall them now, I probably don’t even know half of them. The difference, I’ve noticed, is that Manga stories seem to have Evil Counterparts that are not actually seperate characters from that of the protagonist, instead they’re like “shadow beings” or “dark versions” of the characters we love. Ichigo from Bleach is a huge example of this with his Hollow form both being part of him and part of his sword. Naruto has one too when he’s learning to use his Tailed-Beast powers correctly. These types of characters only pop up now and again and they’re used as more of a “learning” process for particular characters. It’s like the physical representation of “overcoming your demons”. 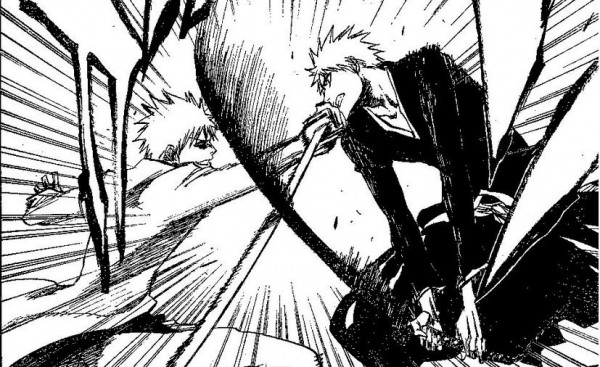 – Ichigo goes up against himself, Hollow Ichigo –

Sometimes it’s switched around, for example; jackie Estacado (from The Darkness) is the user of The Darkness which, for all intents and purposes, is an evil power, well his enemies are the Angelus. The name makes them sound real nice and peaceful and fighters for justice and all that is good but, in The Darkness, they’re the evil ones and our protagonist is Jackie who uses The Darkness. It’s a nice little “switcheroo” and it takes audiences by, not so much surprise, but interest. There are different types of Evil Counterparts though, there’s the physical opposites, the inner evil versions of a character, there are characters who are similar enough to be considered counterparts there are so many I could talk about. Hit up our comments section below this article and let me know about your favourite characters and their Evil Counterparts.  I could really go on for days and days but I wont, instead I’m going to list a few of my favourite protagonists and their Evil Counterparts:

– The Hulk has The Red Hulk (Marvel)

– Goku has Vegeta and, in The Tree of Might, Turles (DBZ)