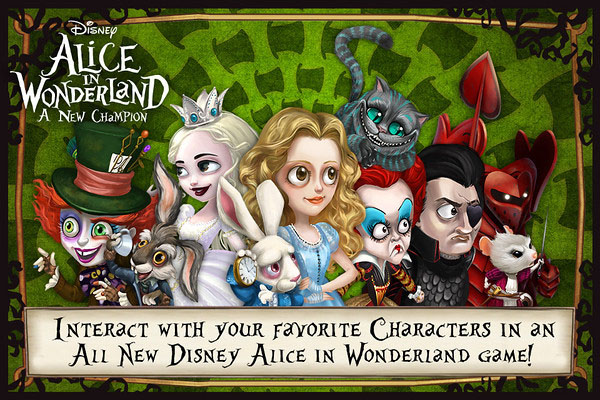 Prepare to head down the rabbit hole, behind the looking glass and into the magical world that is Wonderland, as Disney Interactive have launched their latest game; Alice in Wonderland: A New Champion. The game draws heavy inspiration from the recent film and tasks players with helping Alice to defeat the Red Queen in a point and click adventure-style game.

The game will have a familiar cast of characters like Alice, the Mad Hatter, the White Rabbit and the Cheshire Cat, all of whom appear in their 2010 film iterations. The game also contains some breathtaking locations like the Mad Tea Party and the White Queen’s Castle.