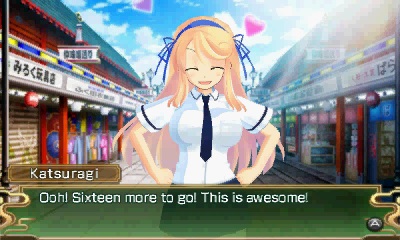 Earlier this week some amazing news happened when XSEED Games announced that Senran Kagura Burst would finally be released in English in North America. After this news was announced, many European gamers were wondering whether or not this long awaited game would be heading to Europe as well.

Well today it was revealed that Zen United is going to be publishing the title in Europe and unlike North America, the game will be released physically as well as digitally in Q1 2014. Similar to the North American release, currently no price for either the physical or digital release has been announced.