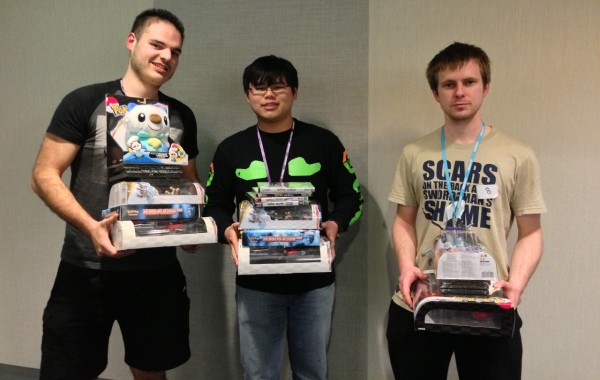 The Pokemon DS tournament lasted for nearly two hours, featuring 16 game competitors vying for a prize pack generously sponsored by Beyond Entertainment. Players could use their copies of either Pokemon Black & White or Pokemon Black & White 2, but there were a fair amount of regulations in place. Infrared Double Battle was the match format, with a maximum of only four Pokemon per team. There were no time limits, and all Pokemon were either auto-levelled up or down to Lvl. 50. 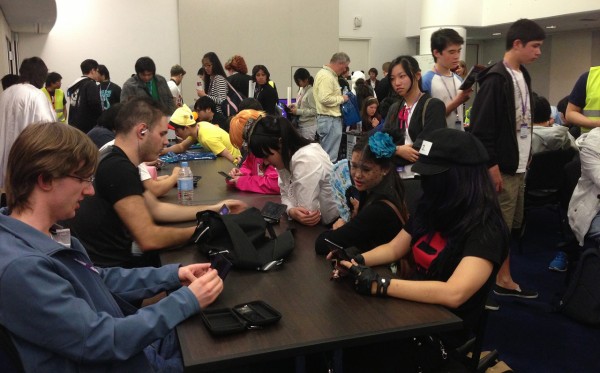 The Bushiroad TCG Room was packed with Vanguard and Pokemon competitors

Players were allowed to use Pokémon from the National Pokédex – No. 001–649 – that were caught in the game, transferred from a previous Pokémon title, or received at an official event or distribution. However, the following list of Pokemon were not eligible to be on any team: Mewtwo, Mew, Lugia, Ho-Oh, Celebi, Kyogre, Groudon, Rayquaza, Jirachi, Deoxys, Chatot, Dialga, Palkia, Giratina, Phione, Manaphy, Darkrai, Shaymin, Arceus, Victini, Reshiram, Zekrom, Kyurem, Keldeo, Meloetta and Genesect. The complete list of rules can be read here. 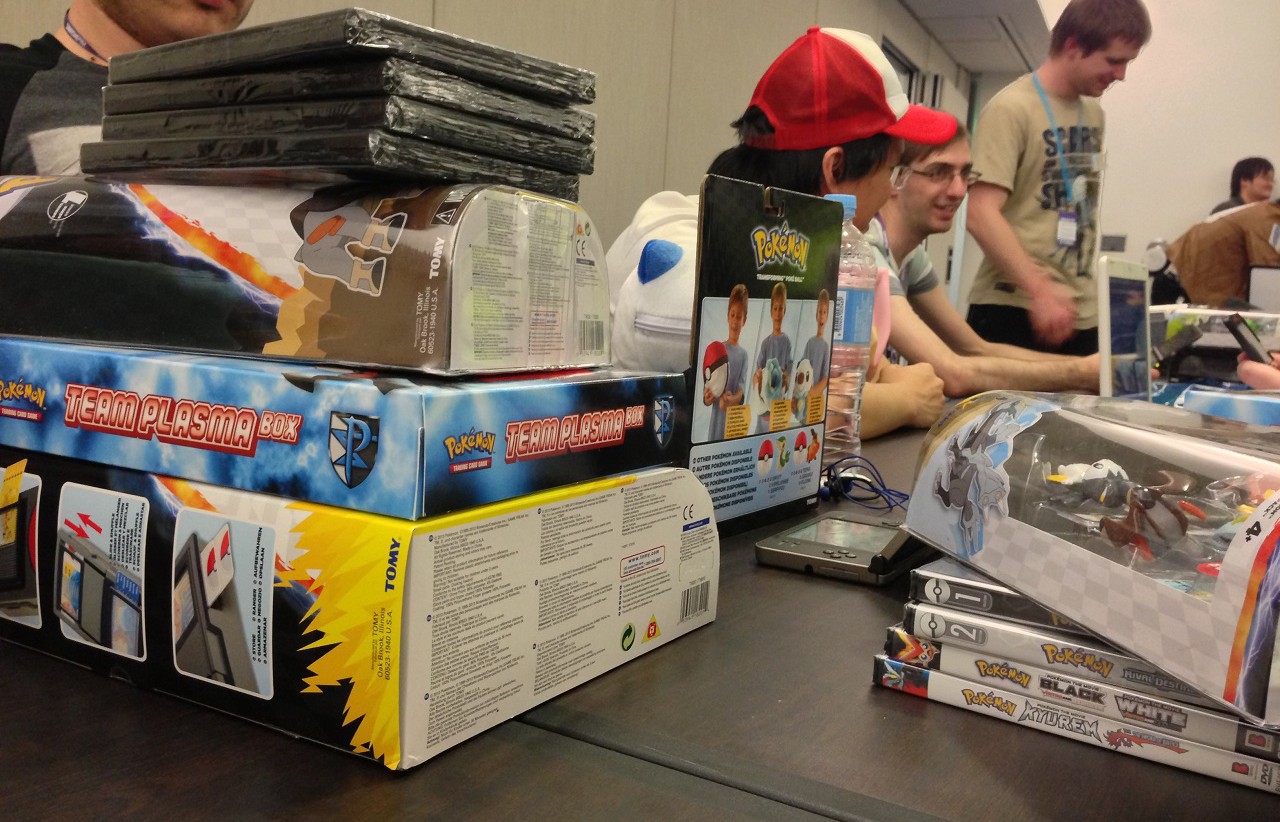 You can see a photo of the winners at the very top of this article, and also remember to check out our coverage of the Street Fighter IV competition!

Win Your Own Pokemon Card With Pokemon Art Academy