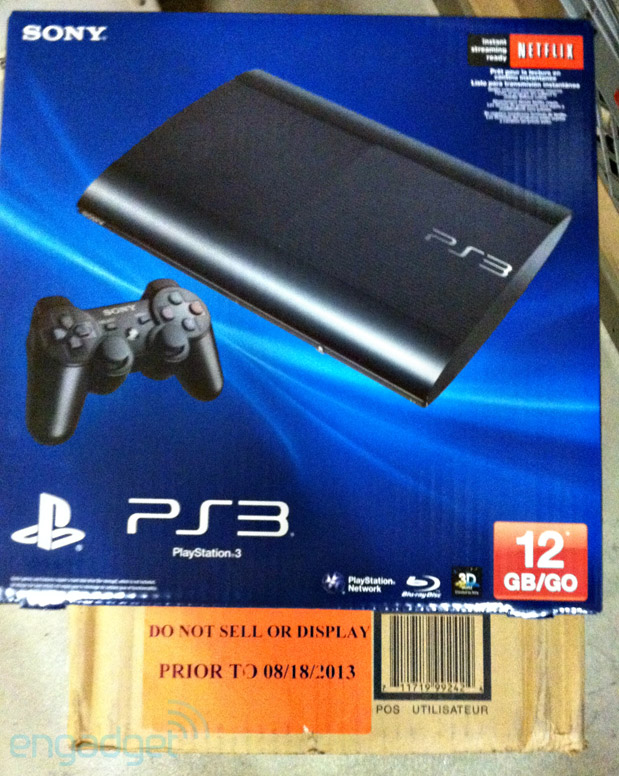 North Americans could see a 12GB Flash-Based PlayStation 3 sooner than they think.

Promotional material from US and Canada retailers suggest Sony is planning to release the new version of their system this week.

An image leaked online (via Engadget) shows a 12GB PS3 from a Kmart stockroom, with a sticker reading “Do not sell or display prior to 08/18/2013″.

Meaning that North American gamers could be seeing the system as soon as Sunday.

The 12GB PS3 was introduced in Europe and Hong Kong last year.

At the time PlayStation VP of hardware marketing John Koller said that the 12GB PS3 would not be coming to North America.

Now this seems to be changing.

Of cause Sony’s new system the PlayStation 4 launches this holiday season around the world.