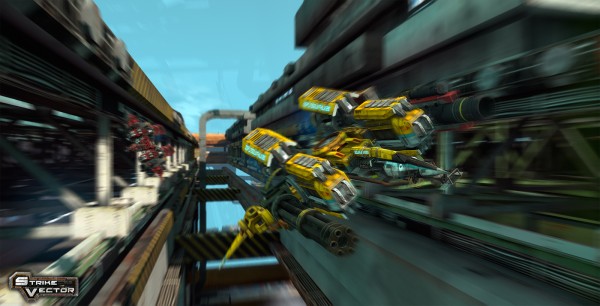 Strike Vector was Greeenlit on Steam earlier in the month. It is a air shooter that mixes dog fighting with classic FPS gameplay. Players will pilot Vectors, special ships capable of moving like a jet or hovering like a helicopter. These ships carry two weapons and can be augmented with player selected perks allowing players to fly ships tailored to their personal play style. Ragequit Corporation is focusing on multiplayer gameplay with classic modes like Deathmatch and Capture the Flag.

Strike Vector will be released on Steam for Windows in 2014.

Nightmares From The Deep: The Cursed Heart on Steam, Available for Purchase