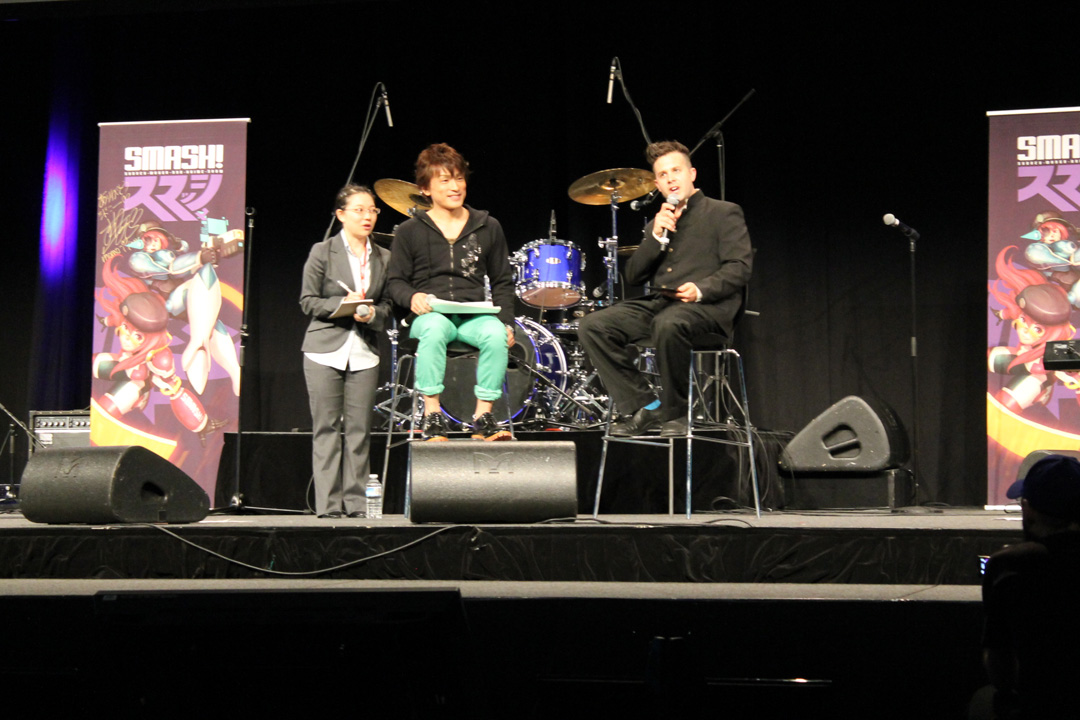 The main stage. SMASH! 2013. Masakazu Morita enters the room. People applauded, girls cheered. Once the sound subsided, it was time for the panel to begin with a Q and A, exploring the life of one of Japan’s most popular voice actors.

Having been involved in the Final Fantasy franchise “since the eighth series”, Morita was asked about his experiences from both his role as a voice actor and his work  motion capture. Morita began by explaining how playing Tidus in Final Fantasy X was his first voice acting role, proceeding to then recite his first lines of dialogue. Cue cheering. He then described his time working in motion capture for Final Fantasy Advent Children. He noted that when the film was made computers weren’t as powerful as they are today. As a result of this he had to “work in slow motion” because the machines could handle mapping full speed movement. Morita further explained that his attire for capture was nothing but a pair of skin tight pants, which he noted was “not a very good look.” 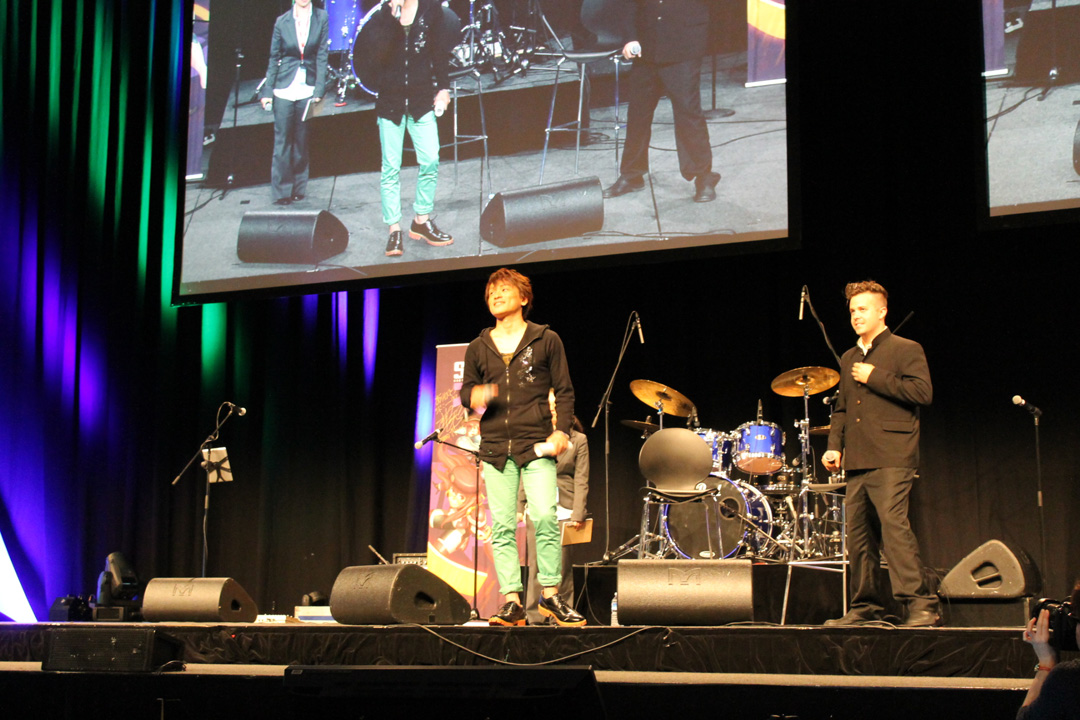 Can’t you just hear the applause?

Being known for his voice, Morita was asked if he had ever been recognised after talking to someone. Morita noted that as his voice is slightly different from the characters he portrays, it is not extremely common though it has happened. He also stated that he has never accidentally fallen into character whilst in public, but if a stranger is being rude to him “they get Ichigo Kurosaki.”

To further demonstrate his…versatility, Morita provided live examples of the way his voice changes when talking to men and women. Very conversational and laid back with members of the same gender, his voice became notably smoother when “chatting” to women, demonstrated with a lucky audience member who was called to stage. An act which resulted in a wave of cheering and laughter. With a bit of jealousy thrown in. Morita also joked that he changes his voice when talking at conventions, with his normal demeanour being “I can’t be bothered.” 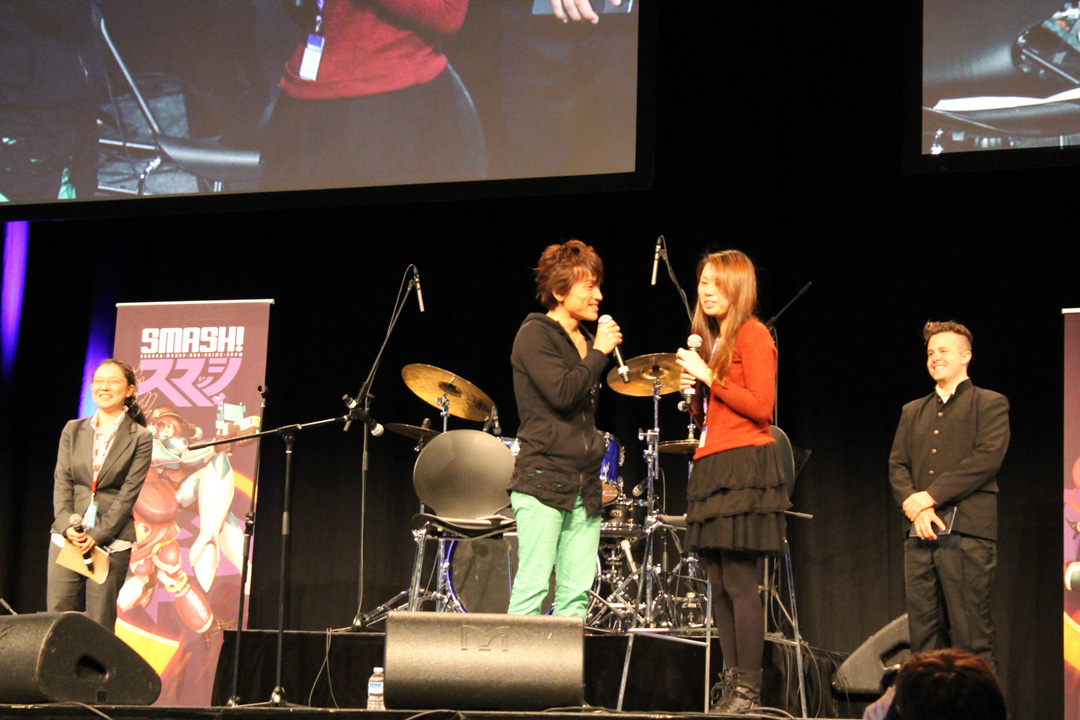 With a voice that makes the ladies swoon

The question and answer segment was followed up by some live dubbing. Much to the joy of the audience. English dubs were played first, followed by the live Morita version. After an initial hiccup that resulted in a unique dual English and Japanese take, Morita began with two scenes from Bleach. Early scenes involving a fight with Ururu and his initial meeting with Rukia. Following Bleach came a scene from Baccano, featuring Clare Stanfield (Morita’s character) expressing his unique and unending devotion to Chane. After many heartfelt awwws from the crowd came a more action packed scenario: Tiger and Bunny. After some punching, kicking, bickering and rescuing (by Tiger and Bunny), the live dubbing was over. 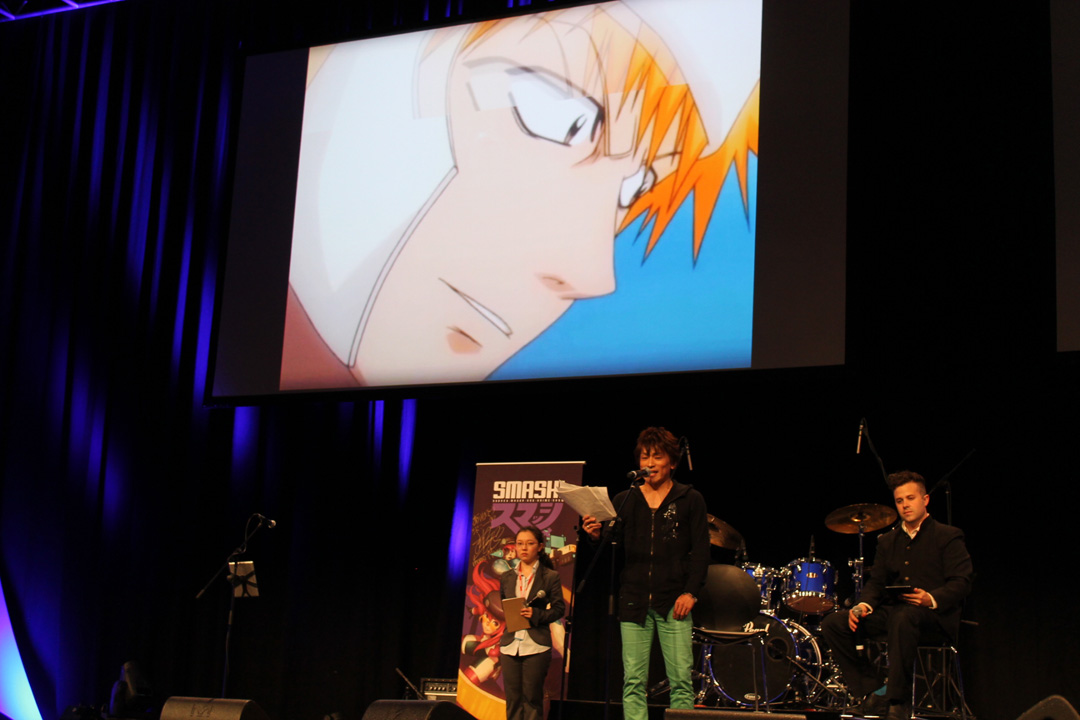 Morita was then asked about Tiger and Bunny, with its unique blend of eastern and western tropes. Morita explained that event hough it was an anime, it was “designed as a comic book.” It was originally intended to appeal to the older “salary men” of Japan, who would have a closer connection to the more traditional superhero. Before its release, knowledge of Tiger and Bunny’s western inspiration created a large amount of negative publicity. However, once it was released it became a smash hit. Morita joked that Tiger and Bunny “rescuing and cradling in each others arms” must be a very popular point of the show.

With questions answered and some awesome live dubbing performed Morita closed the panel with one of his most asked for and famous quotes. With an army of fans cheering before him, what more needs to be said but…BANKAI! 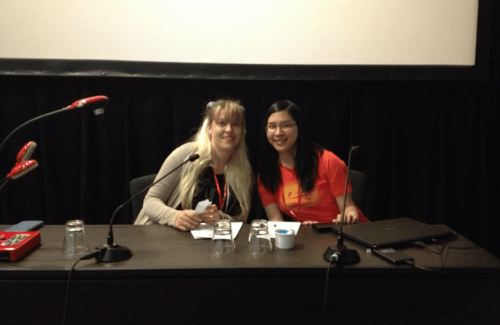 The countdown to SMASH 2013 has begun!