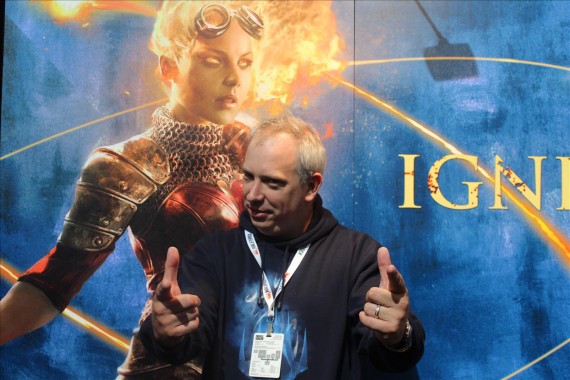 Magic the Gathering is without a doubt one of, if not THE most popular trading card game in global circulation. Highly renowned for its easy to learn mechanics, distinctive strategic game style, immersive lore and stunning card artworks, the game has continued to grow in popularity for the past twenty years. Considered a card game for the adult audience when compared with the likes of Yu Gi Oh! and Vanguard, MtG has firmly cemented itself as the game to play for casual and hardcore tabletop gamers alike. But who exactly are the brains and working folks behind the design of this phenomenon? One such man is Aaron Forsythe’ the director of research and development for the MtG card game. This editor was one of a lucky few fortunate enough to have a chance to meet and chat with Aaron, having just flown in to be in attendance at PAX Aus 2013.

During a brief media roundtable in the Magic the Gathering freeplay area, a few lucky media reps, including myself got the chance to sit down to and pick his brain about some of the questions we had about what happens during the creative process of MtG. Aaron had only just arrived in Melbourne at the time, and it was clear that he was experiencing a little jetlag as he sat down to join us media monkeys. This was nothing a packet of jelly lollies didn’t fix, and soon we got straight into the questions. 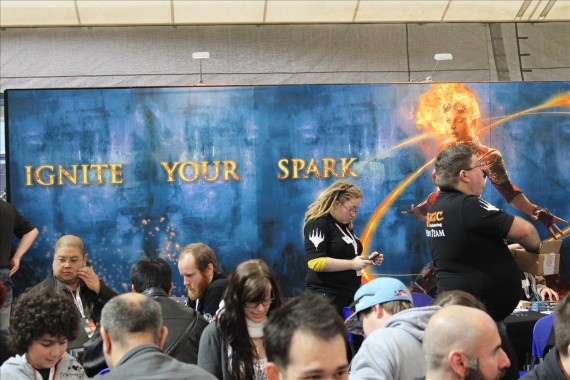 After some introductions, praise and thanks were exchanged. We exchanged some personal stories about how much we play the MtG card game. As one might have expected, Aaron is of course, an avid MtG player himself, receiving his fair share of challengers in both the physical card game and the digital Duels of the Planeswalkers game. The roundtable actually featured a variety of players of different skill levels, one casual, one hardcore, and myself, the intermediate level player. It became pretty apparent that our varying levels of and experience exposure with the game created three very separate lines of questions.

The novice player’s questions centred largely around the new Duels of the Planeswalker game, as well as the player reception of both digital and card games. Aaron revealed that part of the appeal of the Duels of the Planeswalkers was not only getting newbies to the series engaged with the game, but also being able to reach out to fans who had played it in a past, but had taken something of a hiatus from playing. He inferred that drawing these long time fans back in to the fun was part of what made the MtG community so strong because of the wealth of experience. It was interesting to hear because this description was not all that different to the position I was in with MtG several years ago. 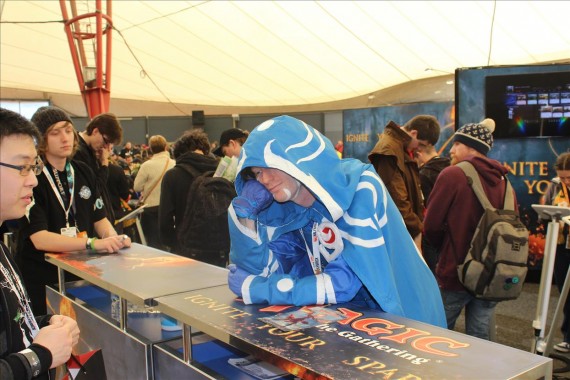 The hardcore player’s queries inquired about the games’ mechanics and the competitive nature of the games and tournaments. This was focused around technical aspects of both the digital and physical card game regarding AI and competition fairness, and brought up a few well known issues regarding balancing of certain core sets and combinations. Aaron’s responses were fairly level headed and he made mention that since the game is always evolving and changing so quickly, its very difficult to take note of a ‘common complaint’, simply because there isn’t one. With so many players with so many play styles and so many interpretations of the game, it’s impossible to 100% balance the game. That said, that afore mentioned evolving nature is why one glaring issue never hangs around for too long.

My own line of questions was centred more around Aaron’s own personal involvement with the franchise. After all, how often do you get to find out what the creator of a great game thinks about said game? I was particularly interested in finding out what elements of the MtG lore he enjoyed, and what areas that MtG could potentially expand into. As well as that, I was also interested to find out what has helped inspire the game to become the big hit it is today. Aaron mentioned that while the entire feel of the game is set to traditional fantasy, the ethos of the game is more akin to that of a superhero story, where the player, and many of the significant Planeswalker characters are the said heroes.

He made a mention that his particular favourite character of the series was the Vampire Lord Sorin Markov. His reasoning was that Sorin challenged the perception of what “Black” magic is. Often thought of as a magic of evil, Sorin brings a regal sense of sophistication and honour to both the lore of the game, and the Black colour play style. He said that Sorin is not clear cut good or evil. He protects the future of the human race, because vampires will always need humans to survive in something of a symbiotic relationship. It was this deep level of consideration for a single character that I found particularly memorable, and thought provoking. 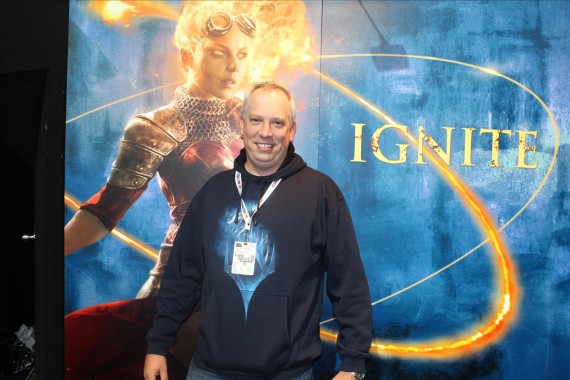 Overall, the roundtable proved a very interesting experience. We got some very strong insight into the creative process behind Magic the Gathering, but we also got to know one of the creative minds on a personal level. Closing out the roundtable he also gave us all some practical advice when it comes those strange looks players sometimes get when they admit to playing a collectible card game. His thoughts:

“Those looks will never go away. But Geek Shiek is hot right now. Games are hot. Fantasy is hot… This turnout here is amazing. Treat it like a compliment, because it’s only going to be more prominent from here.”