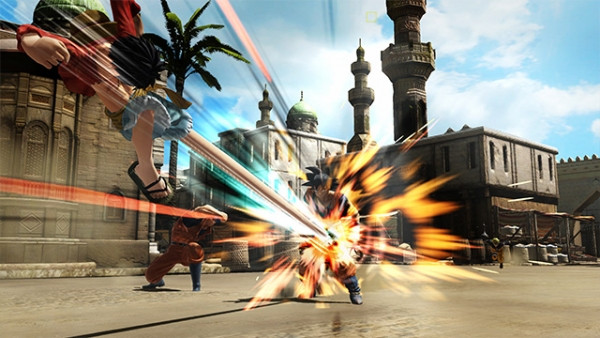 The 45th Anniversary Celebration of Shonen Jump has been going absolutely wild! Each week we’re shown different, incredible things that the Shonen team are doing for celebration and the biggest thing to come out of the festivities, so far, would have to be the next in the Cross-Series line-up of fighting games: J-Stars Victory VS. With this release it seems like we hear nothing about it for a while and then all of a sudden we’re given a new character or brand new info, as if to come out of nowhere. While this piece of news doesn’t actually contain any written news it does contain a great deal of new screenshots from the upcoming action, fighting game. It shows us the four, what I would consider, main characters of the game so far in beautiful, cell-shaded graphics on different battlefields spanning over different series’. 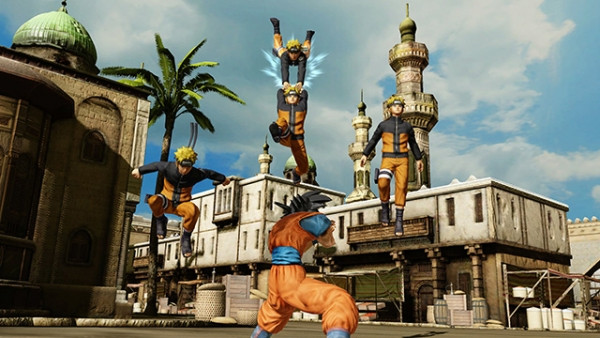 The game doesn’t have a release date as of yet, in fact, we don’t even have a full roster of characters so that’s understandable. The characters that have been announced so far are: Himura Kenshin (Rurouni Kenshin), Ichigo Kurosaki (Bleach), Goku (Dragon Ball Z), Monkey D. Luffy (One Piece),  Naruto Uzumaki (Naruto), Toriko (Toriko), Sakata Gintoki (Gintama), Kankichi Ryotsu (Kochikame), Yusuke Urameshi (Yu Yu Hakusho), Gon (HunterXHunter) and what seems like many more to come. J-Stars Victory Vs. will be hitting the PlayStation 3 sometime in the future, let’s just hope it’s soon! You can see all the newly released screenshots in the gallery section below:

Goku preparing for a Rasengan!

The newcomer is making his mark!

Stand up for yourself, Luffy!

Who’s who? They’re both orange.

There’s no lack of power on this battlefield!