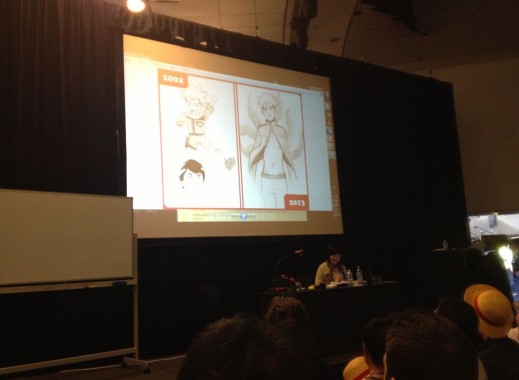 A comparison of Cecilia’s own work.

Cecilia Jin is a teacher, a storyboard illustrator, a concept artist and she works a great deal in magazines, not to mention that she’s an all around incredible artist and Anime/Manga-lover so it’s only natural that she had her own, seemingly little, workshop on the Main Stage of the Art Room at SMASH! 2013. Cecilia sat on stage, on her own and, despite a few technical difficulties, rocked a room packed full of eager art-fans with her extensive knowledge and raw talent. What started off as a “small workshop/art panel” grew into it’s own miniature event, as people who were just “passing through” stopped to sit-in on Cecilia’s teachings and it got so crowded that the SMASH crew even had to close the doors until the panel was over. 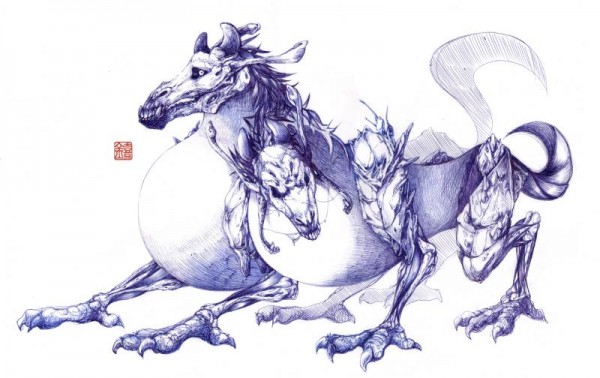 An incredible drawing of a creature done by Cecilia.

Cecilia ran through so many incredible different aspects of art whilst also giving us all small hints and tips on how to make ourselves better artists and on how to further our practice. She showed her own drawings, both from years ago and her most recent ones, and allowed us to see the development of a talent through years of training and practice. She started off her time by telling us to re-think all we know about drawing anime, she told us that before we can learn to draw the distorted cartoons that we see on paper or on the screen we first have to learn the way to draw and bring to life proper anatomy. She introduced us to five different points, five different and effective ways to get a full grasp on drawing proper anatomy: Draw as a whole, understand motion and form, copy the masters, get critigue and to practice and have patience. 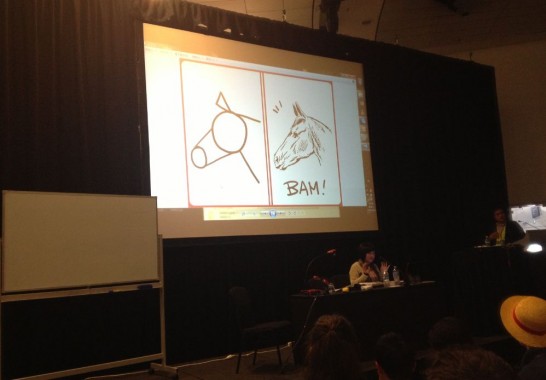 An example of using shapes.

She explained that using shapes as guidelines are great but they should only be used as guidelines and nothing else because the human body does not just look like a circle and an oval stuck together, it’s much more than that, it is more intricate. Starting with what you’re comfortable with is a big “no no” to Cecilia, she told us that we should never start with what we’re good at because once you’ve finished the good parts of your drawing; the rest of it will fail to be as good. She suggested that we learn the way the body flows, the way the muscles sit on the bones and the way the spine is curved. “It’s like taping little beanbags to a stick” is the way she explained how muscles should sit on bones. “Learn from the best!” she said as she continued to explain to us that, while making sure not to fully plagiarize, it is always good to copy the works of your favourite illustrators to see how they create, “you will learn from them”. 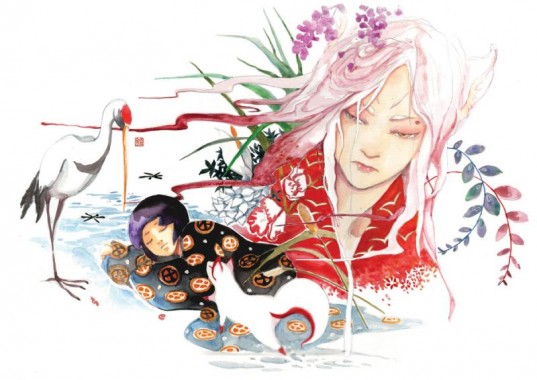 A beautiful coloured work of Cecilia’s.

Being critiqued is the best way to quickly learn what to focus on, she told us to show a friend, to point out what YOU think is wrong and to return to that piece later to fix what you’re not too happy with. “Flip the picture, leave it for three days, view from afar”. At this point in time some of the audience, including me, began reaching into their bags and bringing out their sketchbooks to draw along with what she was saying. We were told to draw with a goal in mind, working on specific things within a drawing is the best way to master those drawings. Cecilia then ended her talk by saying:

“Draw complicated poses and actions! If you can draw a character in an action pose you’ll find that it will be much easier to draw that character standing still.” 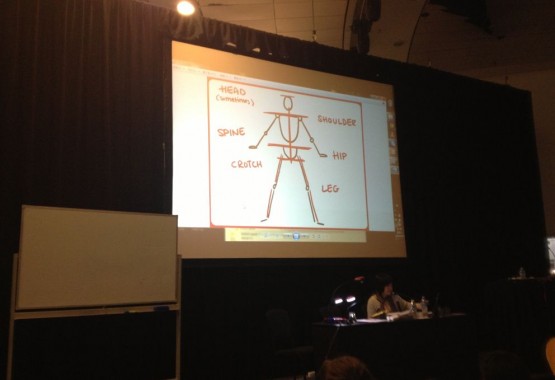 To end her panel/workshop she did a bit of free drawing of her own, she called out into the audience for suggestions on what to draw, unfortunately for her what she got was “Unicorn, octopus and wolf” but she was more than happy to draw all three of those things together as one animal which ended this panel in such a fantastic way. You could tell that the audience was impressed and each person definitely took away something from the hour we were all in there. 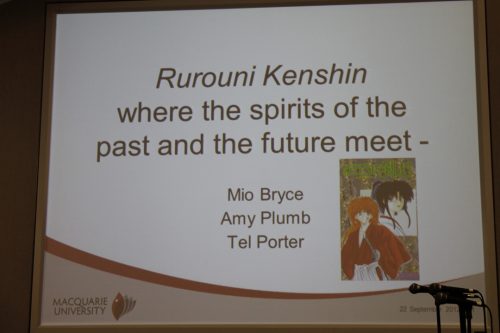