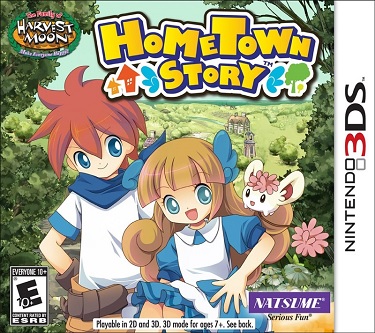 Today Natsume released a large set of screenshots for their upcoming 3DS release from the creator of the Harvest Moon series, Yasuhiro Wada. The game, as you may know by looking, is Hometown Story and these screenshots give us a look at everything from character customization, a few characters in the game and also some shop management.

Those looking for footage of the game in action can check out the game’s E3 trailer which was released back in June. For those who don’t know, in Hometown Story the story takes place in the town where your character grew up in. After the passing of your grandmother, the character takes over the her store and revitalizes it. Also revealed today was the fact that the game’s character designs have been done by Atsuko Nishida, the woman behind a number of famous Pokemon designs and that the game’s soundtrack is being done by Nobuo Uematsu, who is known for working on Final Fantasy. Currently Hometown Story is set to be released sometime this Fall in North America.