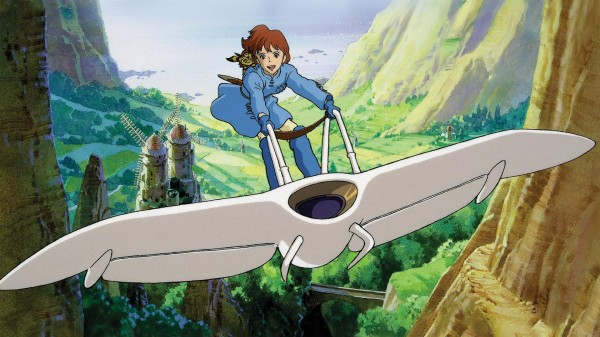 Recently during an interview with Japanese TV channel TBS’s O-sama no Brunch show, Hayao Miyazaki discussed the possibility of a sequel to the 1984 anime classic, Nausicaa of the Valley of the Wind.

While Miyazaki denied having any interest in creating a sequel film himself, he however state that he would happily have Evangelion creator Hideaki Anno head the project, “I don’t really want to do it, but Anno keeps saying, ‘I want to do it! I want to do it!,’ so I tell him now that I think that if he wanted to do it, it would be fine for him to do it.”

The history of Miyazaki and Anno is actually quite an interesting one. Miyazaki was of course the original creator of the revolutionary Nausicaa of the Valley of the Wind manga, which he later adapted into the film many around the world have come to know and love. It was that particular film that Anno got his big break as an animator, working as the key animator on the film. Anno has went on to state that his concepts of Evangelion mecha were inspired by the Giant God Warriors in Nausicaa.

Over the years Anno has remained a close colleague of Miyazaki and was even recently cast to voice the lead in Studio Ghibli’s latest film The Wind Rises. Could he work with Studio Ghibli once again, this time helming a Nausicaa sequel? That remains to be seen, but it sure is a lovely thought.

You can check out Hayao Miyazaki’s interview on O-sama no Brunch below. Stay tuned for further information on this possible Nausicaa sequel film as it comes to light.